Are you one of those people who love to queue up outside their local games store at midnight, waiting to be one of the first to own a brand new copy of their favorite game? If so, then you might find this news quite disappointed as Andrew Wilson, EA Sports’ Executive says they will soon be making all their new titles like FIFA available to download straight to consoles in future. This means queuing outside stores to purchase games could become a thing of the past.

The publisher has been focusing their energy more on their consumers as of late and at the 2011 Develop Conference this news was announced, reportedly influenced by their new focus and as a way of adding to the emphasis on their social aspects. They believe digital distribution is on the rise and when it finally gets here they want to be ready.

In an interview with NowGamer, Wilson explained the reason why franchises like NHL, Madden and FIFA aren’t already available for download is because far more people still go to their local games retailer to get their games on disc even when the option to download is presented to them. He believes this will change overtime and that is when EA will begin their online distribution.

Consumers of other media such as movies, television and music have already made a transition from disc to digital download successfully and EA feel games are taking the same path, hence the reason they are preparing for it now. As part of their preparation for the rise of digital distribution in the gaming industry, the company recently aquired PopCap Games, a casual games developer for mobile phones and online gaming websites.

The purchase cost the publisher $1.3 billion which must emphasize their beliefs that digital distribution certainly represents the future of the gaming industry. Do you agree with EA’s beliefs? How would you feel about downloading games straight to your consoles in future? 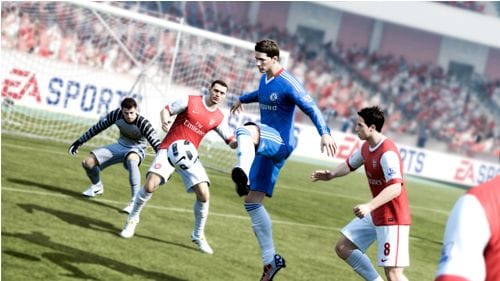