We have just told you about Activision’s Black Ops 4 live stream reveal and now EA are getting in on the act too, choosing an interesting moment to announce when their own Battlefield 5 reveal live stream will take place.

Last week we told you about clues involving the May 23 date after an easter egg within Battlefield 1 had been discovered and led to a hidden website containing some secret code for players to find.

Now EA has revealed it officially, announcing to the world that the first glimpse of Battlefield 5 will happen on May 23 at 1pm Pacific Time, 4pm Eastern Time or 9pm in the evening for those in the UK. 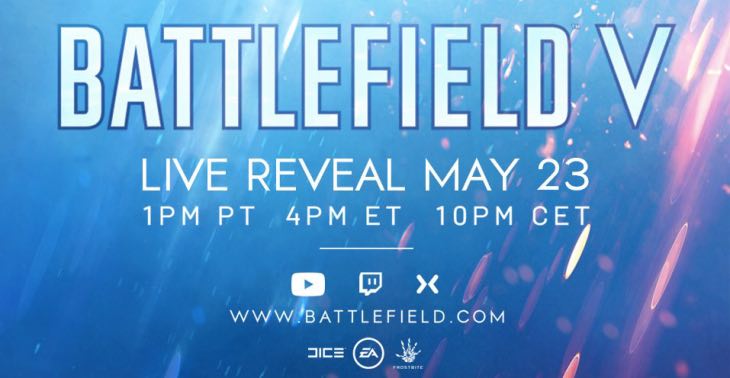 Every single year, Battlefield goes head-to-head with Call of Duty and it is always an interesting time in the build-up to launch to see which game you favour the most and which one will ultimately get your money and precious playing time.

For those that want to watch the live stream, all you have to do is come back to this page on May 23 at the times above as EA has already set up the live stream video below via YouTube.

Battlefield 5 or Black Ops 4 for you this year?