There are some people who have now started to wonder why Apple is not attending both E3 and WWDC 2011? The reason for this is because Apple’s iOS is considered to be as popular as the Xbox 360, PS3 and Wii joined. You may wonder what this means; well the mobile gaming market is dominated by the iPhone, iPad and the iPod Touch. So how come they are not making themselves known at more gaming trade shows?

No longer can we say that games on devices such as the iPhone are a joke, as you only have to look at the success of Angry Birds to see that this is not the case any more. Before, the big boys in the portable gaming market were Sony with their PSP and Nintendo with the DS, but these iOS devices are proving that they are now a dying bread.

CNET Reviews makes a point of the fact that finding iOS games at E3 is very hard. This is very confusing, as we know that some of the big developers have iOS version of their PS3 and Xbox 360 games. OK, so we know that these games needs some improvements, and you would assume that the developers will have to take them seriously soon. 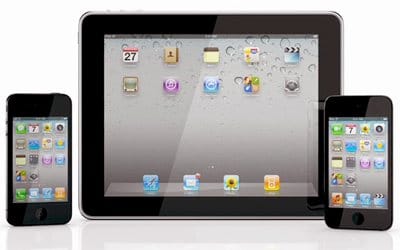 While it would be one in the eye if Apple were to attend an E3 event, for now we just hope that developers like EA will become an ambassador for iOS and start to make more of an effort. Having said all that, we cannot get away from the fact that Apple has never taken gaming serious — you only need to look at Mac OS to know just what we are talking about.