E3 2017 is just around the corner and now we can bring you the final confirmed start times for Sony, Xbox and Nintendo E3 2017 press conferences for PST, EST and GMT timezones for US and UK gamers.

This is the creme de la creme of trade events, which only come around once a year but the event where all game developers, studios and publishers save their best reveals for E3.

In other words, it is unmissable if you are an avid gamer and now here is a very easy chart to follow so you know the exact E3 2017 schedule timetable for your favorite developers and companies. 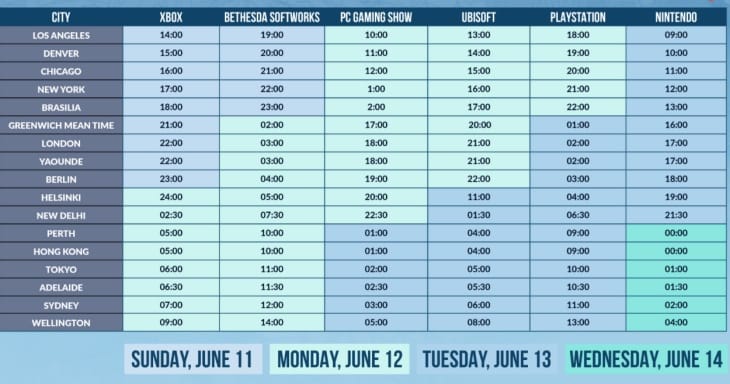 Here is an example of some of the big events taking place over the first few weeks of June:

You can see all other scheduled times for the likes of Bethesda, Ubisoft and the PC Gaming Show in this handy chart here – we suggest you bookmark this as it is very useful!

Let us know what you will be watching and what you are excited about seeing the most.