We are just hours away from Microsoft and Sony’s E3 2013 press conferences. To warm you up for the big event in Los Angeles, Activision recently held their Call of Duty Ghosts All Access briefing, which unveiled some brand new footage of the upcoming game. More specifically, it gave us a detailed look at how the dog will be able to help you in campaign mode and also we now know that the dog will be known as Riley.

It’s no secret that Riley has been a hot subject for pre-release Call of Duty Ghosts discussion, both from fans who can’t wait to play the game and indeed those who are not too impressed so far. Ghosts is going to be running on a new engine this year and a new gameplay video released gives us another look at the updated visuals, along with evidence of just how useful Riley can be in combat situations.

We now know that players will be able to control Riley thanks to an attached camera that his human masters have placed on him. It will work similar in the way to the land drones in Black Ops 2 and you’ll be able to sneak up with Riley on your victims and perform some rather nasty stealth takedowns. 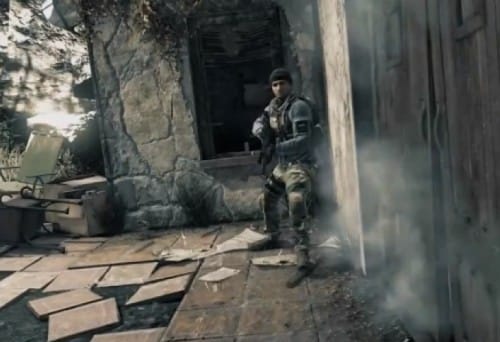 You’ll also be able to lure soldiers closer to your position by making Riley bark. What we don’t see though is the moments when Riley will take some bullets himself by the enemy, and that may be rather hard to watch for those of you who consider yourself dog lovers. You can also bet that some individuals will just try and shoot Riley for the fun of it – then upload videos to YouTube for everyone to see. Let’s hope Activision are prepared for that.

Either way, we think the footage looks great. The new engine is definitely showing its strengths and although the game is still being criticized by many, you have to agree that it is a considerable step up from Black Ops 2 and Modern Warfare 3 before it. Watch the new Riley gameplay above and let us know what you think of the remote features available.