There already appears to be quite a bit of hype surrounding Tecmo Koei’s upcoming hack and slash title Dynasty Warriors 7, but it looks like the publisher is intending on creating just that little bit more by teasing fans with details of post-launch DLC and by releasing a brand new trailer.

As a recent article over at electrictheatre.co.uk reports, Tecmo Koei Europe has just released an official English language trailer, for those fans who live outside of Japan. The worldwide release of Dynasty Warriors 7 — which will be available for both the Xbox 360 and PlayStation 3 — is scheduled for March.

The Dynasty Warriors 7 game — which offers a huge overhaul of the mechanics that fans have seen in previous Dynasty Warriors titles — has not only added a brand new clan to the line-up, it will also be presented in stereoscopic 3D and feature online multiplayer gameplay. 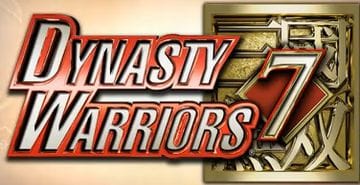 According to Jim H over at thesixthaxis.com, new scans appear to have revealed that Lian Shi (aka Lady Blu) will be joining the Dynasty Warriors 7 roster when it launches. As you may be able to notice from the images (seen at thesixthaxis.com), Lian Shi’s weapon of choice appears to be a crossbow.

Tecmo Koei is hoping that the Dynasty Warriors 7 game is going to be a huge hit and to help it along a little; they have revealed plans for post launch DLC. According to Alex over on the gamepur.com website, the DLC will contain things such as costumes, weapons and much more.