If you just happen to be a fan of the hugely popular fantasy role-playing game Dungeons & Dragons, then I think we might have some really exciting news to bring you. Atari and Bedlam Games — the developer behind Scratch: The Ultimate DJ — have recently announced Dungeons and Dragons Daggerdale.

According to Griffin McElroy over at joystiq.com, the new multiplayer action-RPG will be available for the PC, Xbox Live Arcade and PlayStation Network. The game will see 1-4 players crawling through the “Mines of Tethyamur,” which will bring them access to new powers, weapons and feats along the way. 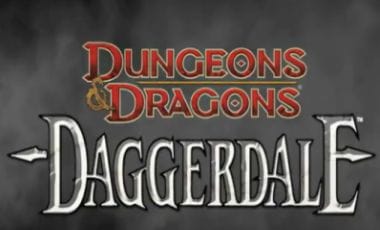 If like me you have never played a Dungeons and Dragons game before, you might want to check out the announcement trailer via the Atari.com website. According to Atari, the Dungeons and Dragons Daggerdale game will feature both solo and co-op gameplay, and character development.

Players will battle their way through a wide variety of enemies, using tactical range combat, powerful spell casting and pick-up-and-play melee. There are multiple game modes to choose from, including Campaign mode or even freeplay. What do you think of the new D&D Daggerdale game?