The recent release of the Dungeon Keeper app has certainly divided opinion with mobile gamers. The reboot of the 1999 PC title Dungeon Keeper 2 has made its way on to Apple and Android and the reviews so far have split the gaming community..

The idea behind the game is to create your very own dungeon and raise an army of minions, then proceeding to loot and destroy the dungeons and armies of other players. The app is free but is largely in app purchase orientated, the micro-transactions feature being described as a disaster. Dungeon Keeper has also been plagued with a number of bugs which gamers have complained about in their reviews.

An update was released yesterday on both platforms and claimed to fix many of the issues, as well as adding in a few features such as the disabling of trade swapping and a performance increase for lower end devices. EA’s mobile app has been brutally criticized for ripping off players, making them buy expensive gems to progress right from the start. 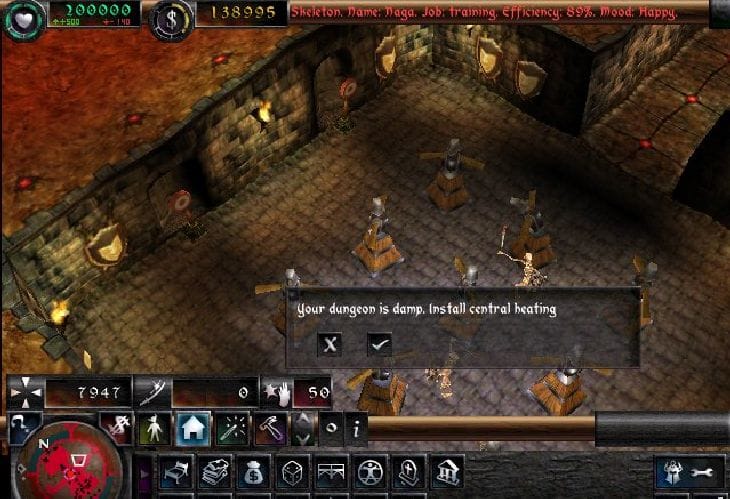 The game has however been praised for many good factors, most importantly the gameplay and combination of elements which make it so fun. The biggest gripe that a majority of players have is the payment system, similar to how fans reacted to the Elder Scrolls Online subscription plan. The reviews for Dungeon Master across both platforms are mainly either 1 star or 5, highlighting the divide in opinion.

Have you played Dungeon Keeper yet, do you agree about the payment system that so many people are unhappy with? Let us know your full thoughts on the app by leaving a comment below.