It looks like one of the great unsolved mysteries of GTA Online is finally abut to come an end. Leaked information suggests that Rockstar is about to give everyone the highly anticipated Duke O Death release date for GTA Online.

To remind you, this beast of a car is completely bulletproof and was a special vehicle available in Single Player mode.

It is coming soon to GTA Online though and for those that don’t know it will be free to returning players who have transferred their game from old-gen such as PS3, Xbox 360 to next-gen versions on PS4 or Xbox One. 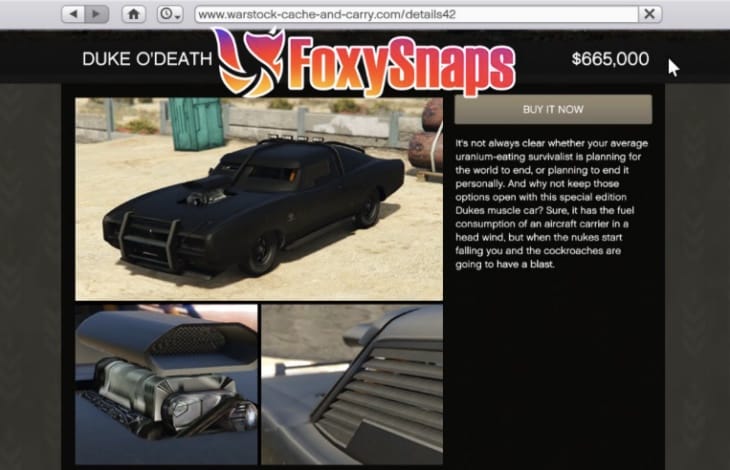 Everyone wants to know when the Duke O Death is out for non-returning players though more importantly how much it will cost.

Thanks to the leak above from Twitter user FoxySnaps, we can confirm that the price of the Duke O Death in GTA Online will be $665,000.

This is a very fair price for a car that many fear will be overpowered and become the new ‘meta’ with players using it in every single PVP mode.

Are you getting impatient with the wait for the Duke O Death in GTA Online? Given that it is already inside game code and with final prices confirmed, the release date is just around the corner.