We brought our readers an article back in October of this year, with details of an unconfirmed release date for the much-awaited Duke Nukem Forever game. However, the date we originally provided (February 1st, 2011) appears to be wrong, as we’ve just got news that it will be arriving on May 31st.

According to a recent article over at slashgear.com by Chris Davies, the game — which has been in development since way back in 1997 — has not only been given an official release date, but it’s also available to pre-order via the Amazon and GameStop websites. 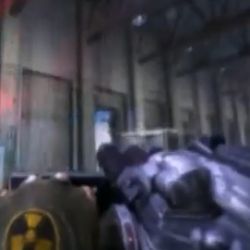 The Duke Nukem Forever title, which will be available for a number of platforms including Xbox 360, PlayStation 3 and Microsoft Windows, was originally in development under 3D Realms but when the company folded back in 2009, development was taken over by Gearbox Software.

You can read more about the Duke Nukem Forever game via the official dukenukem.com website, where you will find a press release and forums for the new game. Will you be pre-ordering the upcoming title?