PS4 owners may be very happy upon hearing that Infamous First Light will be available for free with the PS Plus January 2015 free games list. However, we feel that PS Vita owners also have something to celebrate with the arrival of Duke Nukem 3D Megaton Edition.

That’s right, Duke Nukem is coming to the PS Vita and now today’s generation will be able to experience one of the finest PC games of the 90’s. Duke Nuke 3D Megaton Edition is actually a port of the recent PC version of the same name, which combines the original version, the atomic version and some extra expansion packs into one game.

The PS Plus Duke Nukem 3D release date is not due until later this week, but we can already bring you some early gameplay thanks to somebody who has managed to get the game ahead of schedule before anyone else. 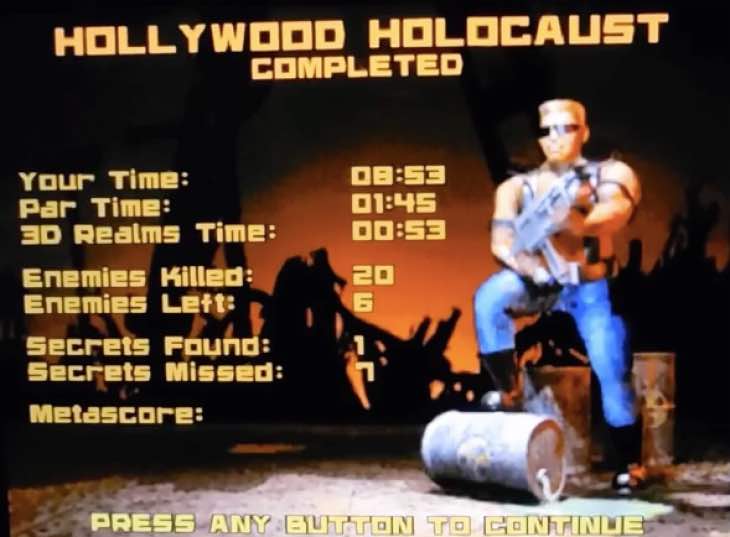 Hearing that music pump out again brought a splash of nostalgia back to our ears and we’re happy to see that the PS Vita version is looking very impressive indeed on the 5-inch screen.

The gameplay below shows the complete first level of the game, which is Hollywood Holocaust. It does not however show you all of the infamous secrets that are located in the first stage – you’ll have to remember where they all are again which is part of the excitement in our opinion.

Check out the footage below and let us know what you think of the port to PS Vita. Sony gets bad rep sometimes, but they have done a great job offering this game for free throughout January – do you agree?