WWE fans are going wild at the moment, as The Dudley Boyz return on RAW August 24 has set speculation alight. Now fans are hoping that this could mean that The Dudley Boyz will be in WWE 2K16 when the game launches in October.

This was not a cameo appearance by the legendary tag team either – they looked in good shape and it seems like they may be planning to stick around and once again challenge for the titles.

If that is the case then it means they are definitely up for potential selection in WWE 2K16, if not having Dudley Boyz on the WWE 2K16 main roster at launch – then certainly a possibility for DLC later on. 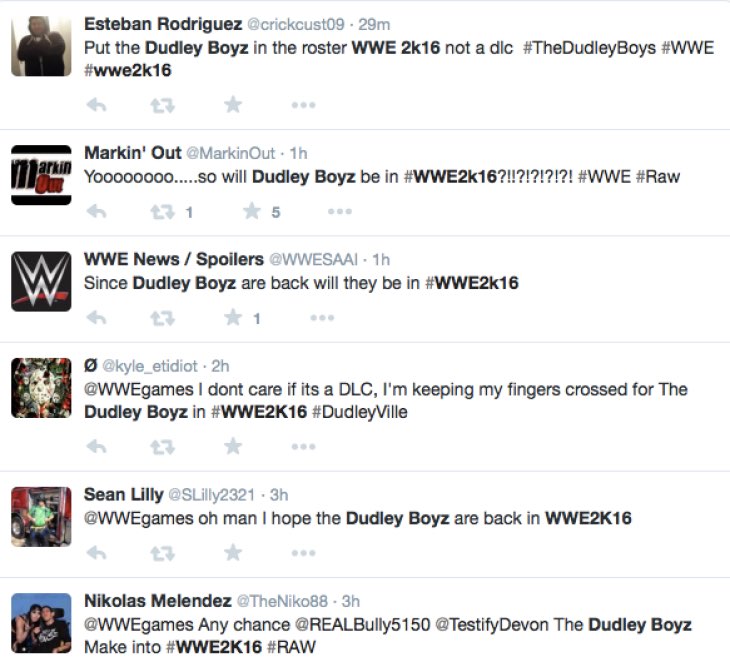 Just take a look at some of the live reaction on Twitter to see that many fans are now asking the same question too – will Dudley Boyz on be on WWE 2K16 or not?

Hopefully their appearance on WWE RAW suggests that they will be late entries as it would be amazing to confirm this legendary tag team for the game.

It could even help to sell more copies as The Dudley Boyz are extremely popular among fans. Would you like to see this happen? If so, make your voices heard below and make sure that 2K sees it!