If you own an Android-based smartphone and security is one of your top priorities, we have news that could well be of interest to you. It appears that the Dropcam app — which has been available for iOS since the Dropcam Echo camera system launched last year — has now been released for Android.

As a recent article over on the phonearena.com website (via Engadget) reports, the handy application allows you to monitor your home security system no matter where you are. Once users are logged in, the Dropcam app allows them to watch recorded video or view live streams.

The app will even send you both motion and audio alerts. However, if users don’t currently own any of the Dropcam camera systems, then they will be limited to viewing just the public streams. According to electronista.com, viewing is available over 3G, 4G and Wi-Fi. 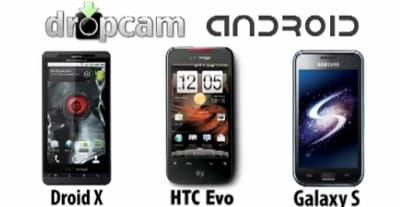 Some of the Android-based smartphones that support the Dropcam app include the Samsung Vibrant, HTC EVO 4G, Motorola Droid, HTC Droid Incredible and the Google Nexus One. However, the app does require Android 2.2 or above.