We saw the Dropbox app demonstrated for Windows 8 back in October last year, which is when Microsoft unveiled the software during their developer conference. Today the Dropbox app finally went live in the Windows Store, and is now available to download for your Windows 8 devices, which includes Windows RT users with Microsoft Surface

You’ll be able to edit and open files with other Windows 8 apps, and also share these files, folders, or photos with Share Charm. You shouldn’t expect anything too fancy, although the simple interface does the job well with a similar setup to the web-based Dropbox. You can see the UI in the screenshots on this page, although more can be seen via the official Dropbox page on Microsoft. 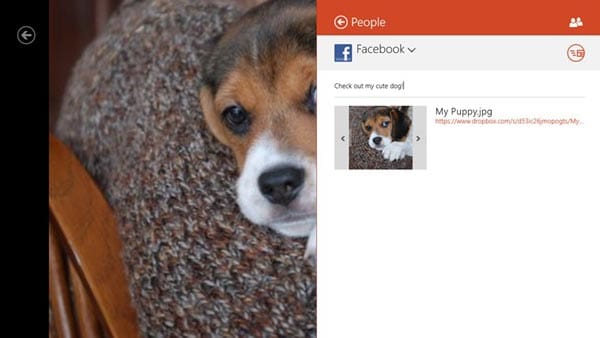 If you’re new to Dropbox then watch the official video below that explains what the software does. In a nutshell you’ll be able to share files on all of your computers and phones when and wherever you are. Have you found Dropbox useful, and if so will the support of Windows 8 make things even easier for you?

We looked at some of the best Microsoft Surface apps earlier today, but seeing another big name start supporting Windows 8 will only strengthen the operating system. Microsoft will be hoping more big developers take notice during 2013.