With people uncertain of the Nexus 6 release date in India, they have been looking towards other large smartphones to rival the Samsung Galaxy Note 4, and one such phablet could be the Motorola Droid Turbo. Okay, so the likelihood of the Droid Turbo being released in India is slim, seeing as though it is a partnership with Verizon, although we could get to see an international version with a different name.

Consumers in India have already seen the specs of the Droid Turbo and have started to contact Motorola in their region in the hope of it being released there, but for now we would say do not hold your breath. 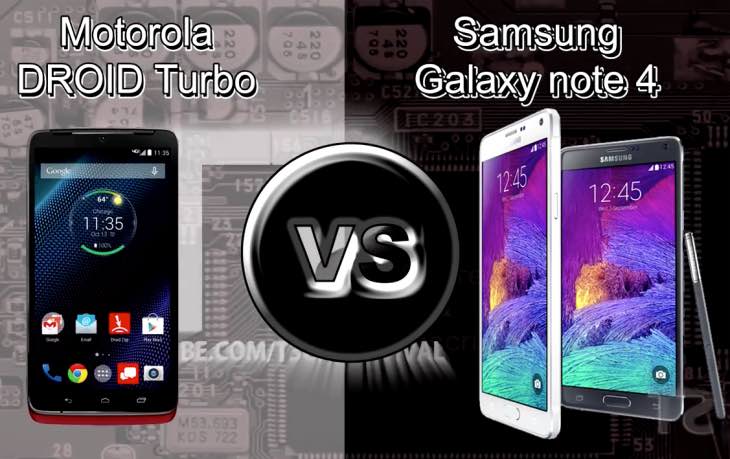 Droid Turbo vs. Galaxy Note 4 specs – Both tablets have a lot to offer, and if you would like to know how they compare in terms of specs, then we do have a video for your viewing pleasure below. The video is not a hands-on review of the Droid Turbo, as it just points out the main features and specs and pits it against the Galaxy Note 4 to see just how it compares.

They both make use of the same Snapdragon 805 quad-core processor with a speed of 2.7GHz, 3GB of RAM and a choice of 32GB and 64GB storage options. Looking at the video we can see these two handsets are very comparable with specs, but when it comes to features, the Note 4 is the far better of the two, and for that reason will have an effect on reviews.

Take the Galaxy Note 4, it comes with an external memory slot, removable battery, built-in optical image stabilization, ultra power save mode, BSI sensor, continuous autofocus when recording movies and so much more, all of which the Droid Turbo lacks, which you can see for yourself here.

Would you like to see Motorola bring the Droid Turbo to India, or any other country outside the USA for that matter?