Recently we told you all of the great new features and improvements which the Android 2.3 Gingerbread update brought to the Verizon Droid Incredible, however we are hearing some from of our readers that things aren’t going quite as smoothly as planned – in fact we are hearing of quite a few issues affecting different people, some of them are reoccurring problems.

Let’s start with an annoyance which we have received multiple reports of, apparently after installing the update people receive constant error messages which tell you that the Incredible is “Low On Space”, people didn’t experience this prior to today and it comes up on devices which have plenty of free space (update: we are told that this is a known problem which has affected the Droid Incredible for a long time). 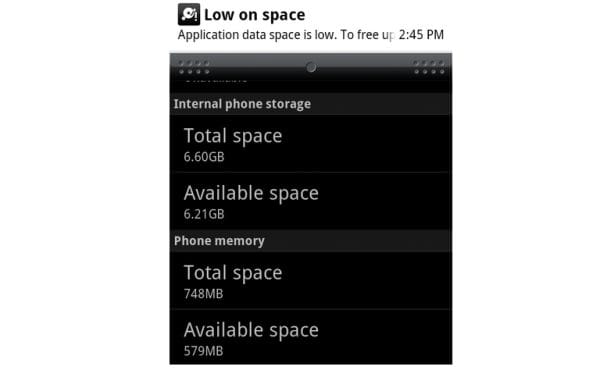 There are lots of app-related problems which we are hearing about, apparently since installing Android 2.3 multiple apps disappeared from some handsets, whilst other people saw app icons change to the Android Market icon, some people say that unmounting then remounting the SD card fixed problems which affected apps which were installed to the memory card, we are also hearing that both Gmail and Yahoo! Mail apps aren’t working as well as they used to be.

Two people have suggested that since installing the update they have experienced WiFi connectivity issues, we don’t know why this is and it seems to be a relatively isolated issue, our only guess is that you might have to completely remove the wireless connection profile and reconnect from scratch – did you manage to overcome this issue?

We are not sure how widespread problems are therefore we have setup a simple poll below to get some feedback from our readers – please take time to submit your vote. Also if you are experiencing problems post update describe them in detail in the comments section.