Over the last few weeks, we have given you a few reasons why you may want to overlook the still unannounced Motorola Droid Bionic in favor of another handset, and now we have another reason which may become a decisive factor for you.

That reason alone is Google’s Ice Cream Sandwich, as we’ve just heard details that Android 4.0 may be set for a surprise launch in October – just a few months away. We haven’t seen much info on Ice Cream Sandwich as of late, but rumored handsets that will ship with the new software include the Nexus 4G, the Motorola Dinara and perhaps even the HTC Vigor as well.

Now abandon is a pretty strong word we agree, but since we know the Droid Bionic will only ship with Gingerbread, it is going to be an anxious wait for new owners to see when Verizon and Motorola decide to roll out Ice Cream Sandwich for the new device, as it certainly won’t arrive as soon as October as rumored above.

If we had $300 to spend on a brand new smartphone, we would certainly want the best and the Nexus 4G and Motorola Dinara running Android 4.0 does seem like the more attractive propositions compared to the Droid Bionic. However, both the Nexus 4G and Dinara have yet to be acknowledged by either Google or Motorola so it’s a gamble for sure. 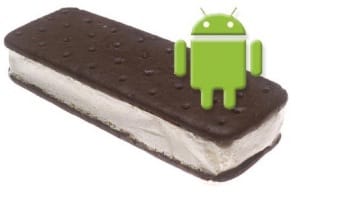 The information about an October release for Google Ice Cream sandwich has come courtesy of BGR and their once again ‘anonymous’ source, but we’re hoping further details are revealed throughout the week, as it could be crucial for potential Droid Bionic owners. Give us your thoughts on this – Would you be prepared to abandon the Motorola Droid Bionic if Ice Cream Sandwich 4.0 handsets hit the market sometime in October?