With the recent rumors about the Nexus 4G and Motorola Dinara shifting attention away from the upcoming Droid Bionic launch, it’s refreshing to hear some new details on Verizon’s highly anticipated device, or in this case – brand new pictures.

You’ll be pleased to know that the new pictures revealed on Amazon show what the back of the Droid Bionic looks like in high quality when placed inside its official multimedia dock. Having seen the picture, two things clearly stand out for us – the Motorola logo branding on the back of the device, and also the unique ‘hump’ that is likely to spark off a debate on whether it should be included or not.

Of course, it’s not the first time Motorola has featured a hump like this on their smartphones, as you may remember the hump included on the Droid X is very similar as well. It will be interesting to see just how many of you would prefer the Droid Bionic to be ‘humpless’ though, in favor of a squared-off design – would this make the Bionic more appealing from a design point of view for you?

The picture also confirms that the Bionic will ship with an 8 megapixel camera as previously speculated, while the multimedia dock itself comes with the usual HDMI, USB and audio connection ports for all your viewing needs. It’s clear that the marketing campaign has well and truly kicked off now for the Bionic after months of silent treatment, but are Verizon doing enough to lure consumers into a purchase? Speculation and hype usually do the talking for a handset of this magnitude, but after recent features on the Nexus 4G and Dinara as mentioned above, we have a feeling that many of you now do not want to pay $399 for a device which may become second best on Verizon as soon as either the Nexus 4G or Dinara are released.

We’ll save that debate for another time though, as we really want to gather your thoughts on the design aspect of the Droid Bionic. Are you truely a fan of Motorola’s hump design for the Droid Bionic, or do you really wish it wasn’t there? Also, how many of you would like to see the Motorola logo removed from the back? The brand lettering is already featured on the front of the device, so many will feel that further branding on the back is just not necessary by Motorola. If you include the Verizon 4G branding on top of that, that’s three pieces of branding that you may feel ruins the device from a design perspective.

What are your thoughts on the Droid Bionic design, are you a big fan or not? 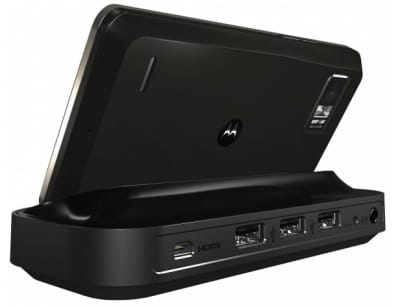