The last 24 hours couldn’t have been more frustrating for users waiting for the Motorola Droid Bionic ICS update to roll out, and this is without even considering that Android 4.1 Jelly Bean is still promised for the future, although it had been released by Google months ago. Verizon and Motorola are working together to make sure users receive the Droid Bionic ICS update and announced that the new software is landing on devices, but as with all of these updates it’s in stages.

It seems that the majority of users haven’t seen any sign of the 368MB Droid Bionic ICS update, which has led thousands of users to take to forums with complaints. The frustration has included venting their opinions on how cellular companies “hold users hostage” with this “cycle” of delays and frustration. It is fair to say some people that claim they’re “done with Motorola” are just venting steam thanks to being not the first few to receive the latest upgrade, although it is true that this problem is one affecting Android updates on numerous handsets.

You can check to see if you have the Droid Bionic Ice Cream Sandwich update manually, which involves browsing to settings and looking at the about screen. Here you will find a tab that states “system updates” and then allows you to check for a download, so feel free to try that as well and let us know if you have the ICS update in the comments. 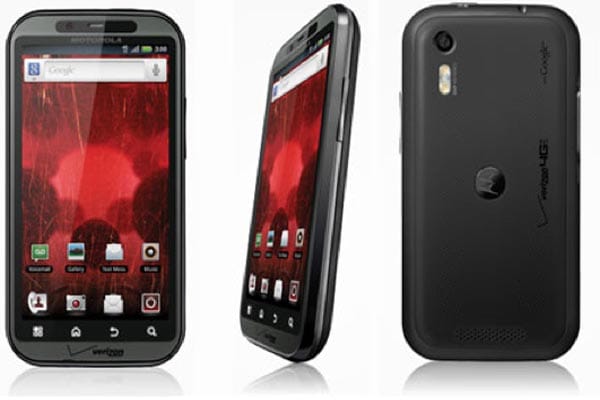 The love and hate relationship with Google Android and phone makers — we’ve seen it with the Samsung Galaxy S3 and waiting for Jelly Bean to arrive, and now users are shouting similar complaints about the wait for the Droid Bionic ICS update and Motorola. The problem lies with Android rolling out to brands like Samsung and Motorola, and after they add their extras it could be many months down the line, which results in untimely updates. These same users could never imagine moving to Apple thanks to the constraints and control Apple has over their OS, so it certainly seems a never-ending cycle filled with frustration for the smartphone user.

Do you feel certain phone makers are better than others at releasing Android updates, and if so what is your favorite right now? It is worth noting that we’ve been contacted by a growing number of people that have the Droid Bionic ICS update, although an equal number also state that they’ve seen nothing yet. Do you have the Droid Bionic ICS update installed, and if so what part of the world are you in?