If you are yet to pick up the Droid Bionic, there’s a good chance that your reasoning for not doing so is because of a lack of uncertainty over the duration that the shipped battery can last for when juiced up churning out 4G LTE data.

Early signs are far from perfect, with many reviews touching upon potential worries with the battery life. However, the one positive note about this issue that there is a secondary extended battery available if you feel like the Droid Bionic is not perfoming as well as it should be.

If you are considering buying the extended battery from Verizon for $25.99, which you probably should since it’s still half price for the time being, then you will have to part ways with a considerable chunk of ‘sexiness’ on your Droid Bionic, as the battery is noticably bigger and will add that extra bit of luggage inside your pocket. 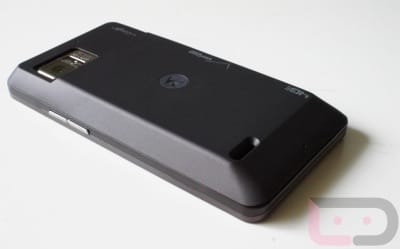 If style isn’t an issue for you at all, then we really would recommend it. It is becoming more and more apparent that 4G LTE data seriously eats away at your battery life, so paying $25 for a 2760mAh battery as opposed to the shipped 1735mAh battery is a pretty big difference, one which you should notice right away when resuming with your daily Bionic duties.

Of course, we’ve also heard the argument that Motorola and Verizon shouldn’t be charging extra for a secondary Droid Bionic battery when the standard one doesn’t work as well as it should – have no lessons been learnt from the Thunderbolt after all? Either way, customers are going to have to make a decision sooner or later on whether to sacrifice the Droid Bionic’s sex appeal for more battery juice in the long run.

What are your opinions on this argument? Most of you will probably agree that the extra battery is worth the money, but are you more concerned about the extra weight and looks of the Bionic once the battery is equipped inside?