Earlier on during the week we informed you about some official Droid Bionic accessories that had been listed online by Amazon, and although we still don’t have a solid release date for the highly anticipated device on Verizon, we do have more evidence that a release is just around the corner.

If you haven’t seen the previous shots of the official car dock as well as the official multimedia dock, you can check them both out again here. On to the latest news now though, as photos of third-party Droid Bionic cases have been spotted and uploaded online for your viewing pleasure.

We have two cases to show you, which are both black in color and serve as a hard shell case to protect your Droid Bionic if dropped by accident. The pictures of the cases have been provided courtesy of Phandroid and also TechnoBuffalo. As far we can tell, these cases are available to buy now, with one case showing a listing price of $34.99 just for your reference.

Considering that the cases are available now, it surely means that Motorola and Verizon have finally sorted out the alleged problems with the device and are ready to release it to the masses. Previous speculation has hinted of a release in the first week of August, but until Verizon make things official, it could come at any time.

We’ve also mentioned in the past that we’re not too sure these delay tactics by Verizon and Motorola will have a positive effect on their overall sales for the device, as if you remember that the device was first unveiled half a year ago, it kind of stretches the limit as to how long consumers should have to wait for a smartphone to arrive after the initial showing.

This is even more evident as Verizon is also rumored to be getting the Nexus 4G and Motorola Dinara at some point, with both phones easily trumping the Droid Bionic in terms of hardware specifications bragging rights. Another important factor of course is price, as consumers may not want to pay over $250 for a device that has been delayed for a long period of time.

One good idea that we have in mind is some sort of incentive like a free accessory for those who have been patiently waiting for 6 months since CES 2011. Of course this is unlikely to happen, but it would be a pleasant and most welcome surprise if Verizon did have something in store for their loyal customers as the Droid Bionic is arguably the most desired Android smartphone yet.

Are you still waiting for the Droid Bionic, or have you lost interest now? On a side note, don’t forget to check out our discussion on the Droid Bionic branding that is featured on the device. 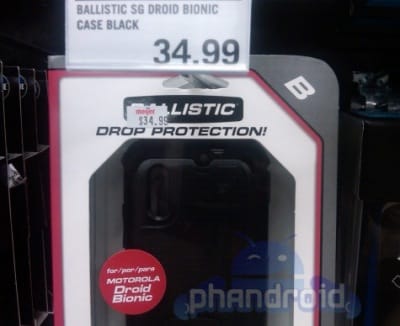 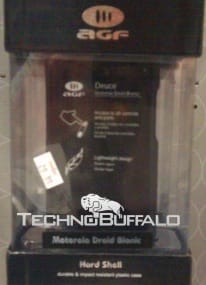