Right now the hottest phone measured by Internet chatter is the Samsung Galaxy S2, which has been compared with a few devices including the HTC Sensation and iPhone 4. The amount of choice buyers have is unbelievable, and only sets a stage for more confusion when looking for the next “Smart” phone.

Apple’s next phone will be later than usual this year, and is surrounded with rumors, normal for a new iPhone, but this year will be the most competitive yet for Apple and their iPhone 5 (aka 4S) will need to pull out all the stops. The device is said to launch around the same time as the Droid Bionic, a device that is tipped to be the biggest challenger to Apple. 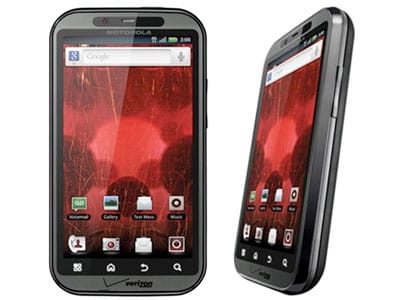 Some comments from our readers have gone as far to call the iPhone a “religious” choice, and not one thought out. We understand that Apple buyers can become extremely loyal to the brand, but this is also built by trust in a product. Apple follow a trend of being late to new technology but aim to release a new device when the bugs are worked out, although the signal problems in iPhone 4 lost Apple that title.

NFC is a feature some buyers want, although the tech is still very new. The Samsung Galaxy S2 was thought to have NFC in the UK, although this later turned out to be untrue. HTC Sense alone is enough for some people, which leads them with an easy choice of the HTC Sensation.

Motorola say they have listened to “compelling feedback” when designing the DROID BIONIC LTE phone, and they are confident the new functionality will win over many consumers.

So of the three, which will be in your pocket this year?