There are so many smartphones on the market, and choosing the right one often comes down to cost. However, if there is any reason to put aside the cost of lets say the latest Droid handset, then an app that saves a driver from getting a speeding ticket has to be one of them. The phone in question is the Motorola Droid and the app is Google My Tracks.

Most drivers at some stage in their lives are guilty of speeding; while some get away with it others do not. Skatter Tech has been explaining how one guy was pulled up by a police officer for going 15mph over the speed limit. The driver Sahas Katta, maintained that he was driving below the limit and was able to prove this with the app that he had running.

You always have the chance to prove that you were not going over the speed limit, but this is often very hard to do. However, the way in which Google My Tracks keeps an eye on your speed and distance you have covered is the perfect witness. The app said that he was traveling 1mph below the speed limit, and that it was accuracte. 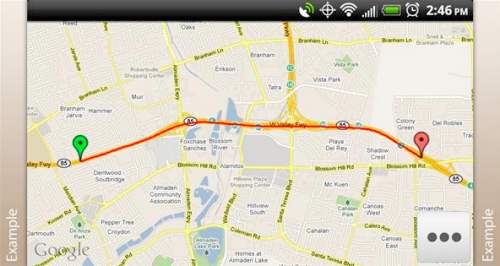 Katta was able to get the court to drop the charge, as the officer was unable to prove when the last time his radar gun was calibrated. Katta does warn that you should in no way try to challenge any speeding offensive, as this could be a one-off, but he did point out how smarphones and their GPS technology compare to that of a radar gun used by the police force.

Answers.com adds that although a police radar gun is not accurate all the time, there is a way for them to perform a calibration test of their own. The chances are that you are more likely to have to pay the fine, even if you do try to argue the point.

Have you ever been able to contest a speeding ticket?