If you havent heard the news regarding Motorola’s CES 2012 announcements so far, we can tell you that after considerable consumer hype, the Motorola Droid 4 is finally official on Verizon Wireless. It will be joined though by another new handset, the Motorola Droid RAZR MAXX which features a significant boost in battery life.

We have seen many companies debut devices with the ‘world’s thinnest’ tag a lot recently, and unsurprisingly Motorola has once again used this moniker to describe their new Droid 4 handset by saying that it is “the thinnest and most powerful 4G LTE QWERTY smartphone” on the planet.

A quick refresh of specs if you need it, as the Droid 4 features a full 5-row edge lit QWERTY keyboard, a 4-inch qHD display which is scratch and scrape resistant, a dual-core 1.2Ghz processor, 1GB of RAM, an 8 megapixel camera and 1080p HD video recording. This will be yet another Android 2.3 Gingerbread handset, although inevitably Motorola has already confirmed that the Droid 4 is ‘on the list’ to get an upgrade to Ice Cream Sandwich when the time arises.

Now something which will certainly be an eye-raiser for those that have picked up the Droid RAZR. At CES, Motorola unveiled the Droid RAZR MAXX, which is almost exactly the same as its older brother, but with the addition of a large battery – a 3,300mAh, compared to the 1700 mAh that shipped with the original RAZR. According to Motorola, the RAZR MAXX will be able to output an astonishing 21 hours of battery life on a single charge and with frequent usage.

At the expense of a large battery though, the device will be noticably thicker than the RAZR, but still definitely on the thin range of smartphones at just 8.99mm thick. If you are planning to get the new RAZR MAXX, it will be priced at $299 on a two year 4G LTE contract with Verizon. Like the Droid 4, it will be available within a matter of weeks according to Motorola.

What are your thoughts on both devices, is the Droid 4 with its slick QWERTY slider an instant purchase for you? For those of you that have just purchased a Droid RAZR, do you feel a little robbed that Motorola has already announced an upgrade with extra battery life that you should of had from the start? 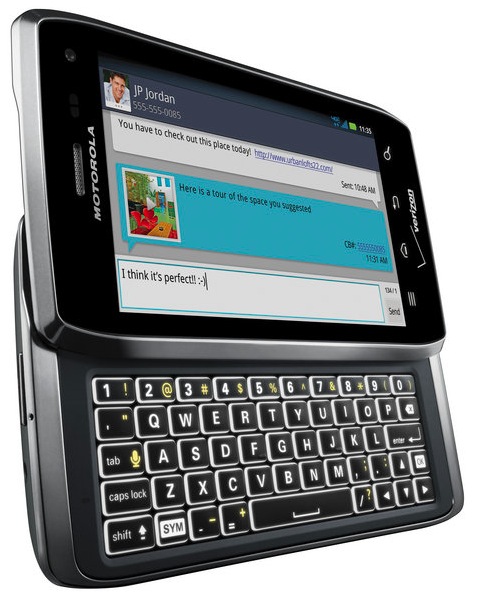