Most of you will know about the Didier Drogba transfer to Chelsea and the fact that he featured right at the top of EA’s FIFA 14 summer transfer list. Drogba’s transfer gives him an 83 overall rating with Chelsea in the striker position, and this transfer follows news of Chelsea snapping up Diego Costa from Atletico Madrid.

Today, we wanted to feature a YouTube video not only highlighting the latest Chelsea transfer, but also making a prediction for Drogba’s FIFA 15 rating card. They make the assumption that Didier Drogba will drop from an 83 rating to 82, as seen in the screenshot below, although some fans think we could even see a 2 point drop when FIFA 15 hits its release date in September.

The prediction knocks a point from passing, another from defending, and two points off pace with age being the main reason for this expectation. 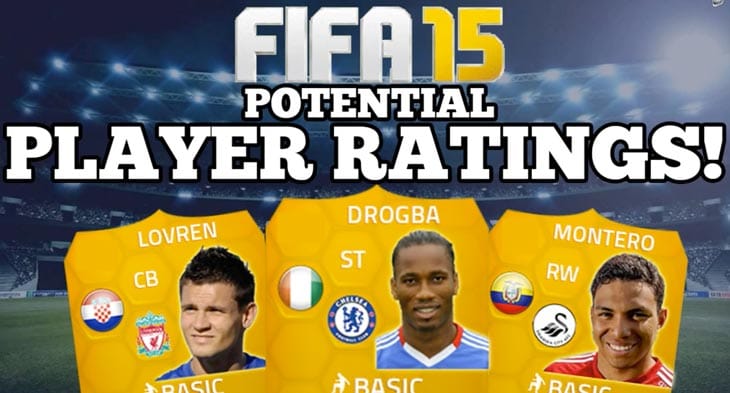 You’ll also see two other player predictions for Dejan Lovren under Liverpool FC, if they get him, and for Jefferson Montero now at Swansea City. Lovren is being featured with an overall rating moving up from 78 to 80, and Montero also moving up two points from 76 to 78.

Take a look at the video below for more detail on why these predictions were made, and then leave a comment below with what you think about the recent transfers to Chelsea and Swansea City? Also, we’d love to know if you agree with the predicted ratings and Drogba downgrade.