It has been a week since DriveClub launched on PS4, but unfortunately there are still major issues with the game in relation to Driveclub server problems that are making some gamers unhappy.

While we have spoke about Evolution’s willingness to frequently communicate with buyers via Twitter, we are now starting to see frustration boil over with some asking for complete refunds.

At the moment, as well as the ‘one in one out’ policy that is now in affect to stabilize the Driveclub server load, the key Driveclub Clubs feature is offline and gamers cannot play one of the most important aspects of the game. 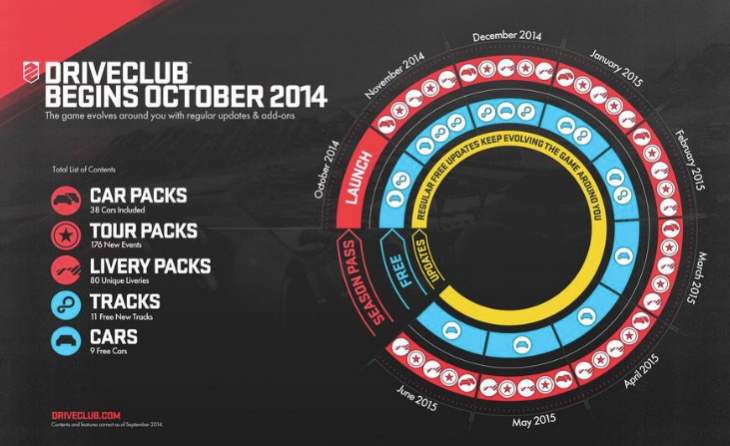 Below is a Tweet from the game director Paul Rustchynsky, who has now admitted that the issues were unexpected after saying that none of the problems occurred during beta testing.

@theweedtweeter We ran a beta test and none of these issues occurred, we had confidence everything was ready. These issues were unexpected.

Unfortunately, the advertised social features for the game which isn’t very social at the moment have led to the last resort for some gamers. On Twitter, we can now see that ‘Driveclub refund’ is a trending search and there are plenty of gamers who are now seeking their options on how they can get their money back.

@DRIVECLUB is it 2001? No, industry standards for online gaming are established! At what point do we get refund. Worst game management ever.

@DRIVECLUB @Driveclub no refund from @Sony for the defective game – I believe this is a violation of the terms- class action anyone?

The DriveClub PS Plus Edition is still missing, but that’s understandable given that Evolution needs to first ensure that those who paid for the game at launch can play without issue.

It’s going to take time, but hopefully we see the problems fixed by the weekend – otherwise, the situation is only going to get worse with impatient gamers compounding pressure even further.

What is your status on Driveclub at the moment? Are you happy to wait for Evolution to fix the problems, or are you also looking for a refund, if possible?