Do you smell the de ja vu in the air, PS4 gamers? The long awaited Driveclub PS Plus Edition download link was live on the PS Plus momentarily several hours ago, only to get yanked by Sony yet again in what has been called a premature release by Evolution Studios.

Talk about pulling on the heart strings Sony. Gamers have been waiting for this game for months, with many fans constantly harassing the developers every day on when the servers will finally be ready. 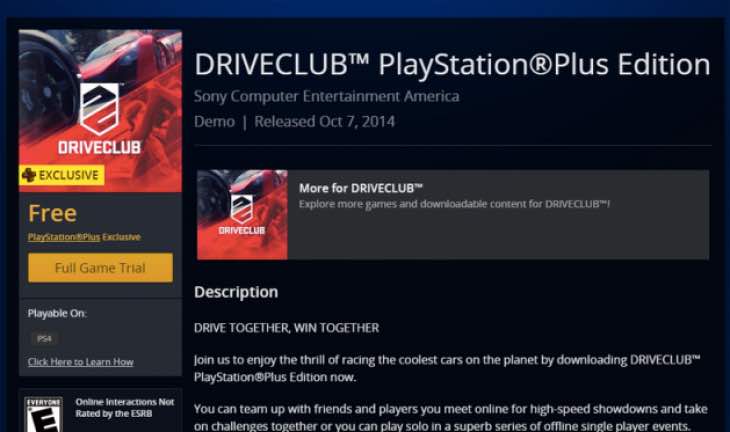 The only good thing to come of this that we can see, is that the PS Plus edition must be ready for launch soon if Sony accidentally jumped the gun.

With his in mind, don’t be surprised if DriveClub ends up being an additional title for the PS Plus July 2015 lineup on PS4. We’ll be keeping you updated on the DriveClub PS Plus download time when it finally becomes available for real.

In the meantime though, let us know if you were a victim of this cruel troll link in the comments below.