The team has sent out a teaser video for the update which is rather exciting as it looks like a confirmation that Driveclub is getting the Nissan Skyline GT-R34 V-SPEC II.

Not only that, but new Driveclub Photo Mode filters as well with black and white, night vision, bleach and cinematic. It looks fantastic in the clip and now we just have to sit back and wait for the release date. 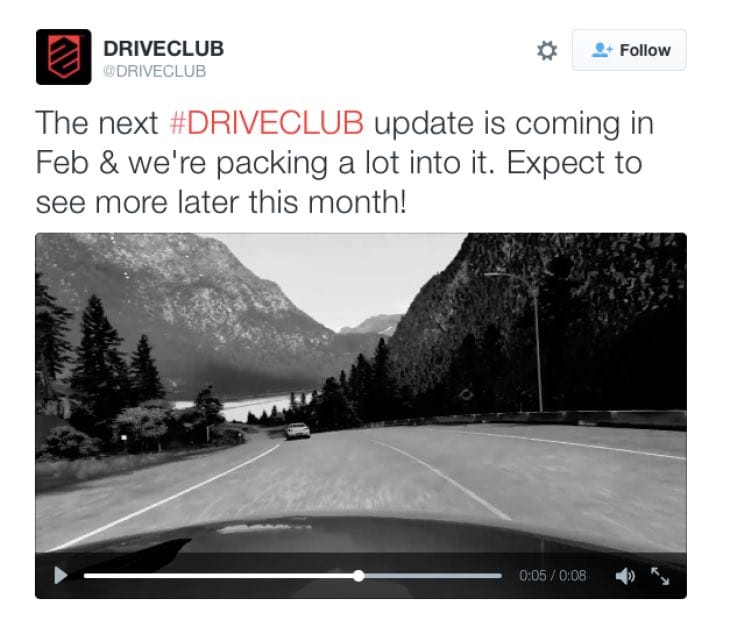 It’s been a long time coming, but are you happy that the Nissan Skyline GT-R34 V-SPEC II in Driveclub is finally being added? For those that remember, this should be the exact car that was featured in 2 Fast 2 Furious and driven by Paul Walker.

The next #DRIVECLUB update is coming in Feb & we're packing a lot into it. Expect to see more later this month! pic.twitter.com/D3BCwCAye2

Once we have more details to share on this update, we’ll let you know. Give us your expectations of the Nissan Skyline GT-R34 V-Spec II coming to Driveclub and what else you hope to see in the February update.