We have some good news to report now, especially for Xbox One and PC owners. You may have heard the news recently about Sony closing Driveclub studio Evolution.

Now though, it has been confirmed that Codemasters has picked up members of the team and now it has been revealed that Evolution will be transformed into a multiplatform studio.

That means you can expect Driveclub quality games on Xbox One and PC, which is great news as Driveclub is still considered to be one of the best racing games ever on console. 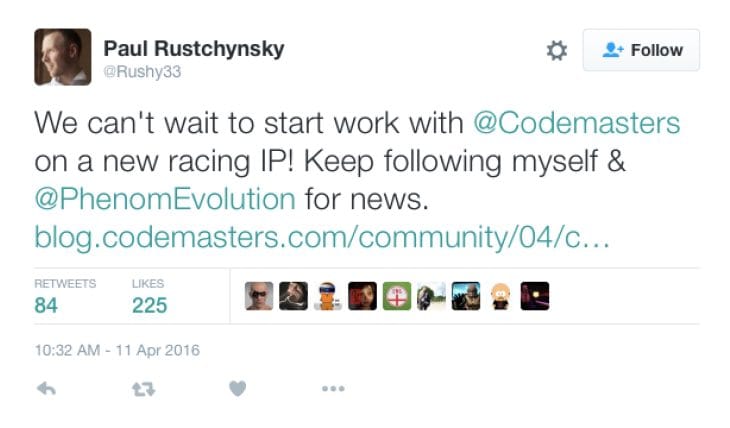 We don’t know the name of the new IP yet of course, but hopefully we’ll find out later this year. Above is the reaction from Evolution head Paul Rustchynsky in relation to being picked up by Codemasters.

With series such as Grid, Dirt Rally and the hugely popular Micro Machines games from Codemasters in the 90s, – How amazing would it be if Evolution were tasked with coming up with a Micro Machines remake on PS4, Xbox One and PC?

Let us know your thoughts on this decision and if you think this could be a great way to bring Codemasters back to the forefront of racing games on console.