If you haven’t heard the breaking news coming out of Sony, it is that Driveclub developer Evolution Studios has been shut down.

Sony has just made the shock announcement today and naturally many of you will want to know if Driveclub 2 will still come out, or if Driveclub as a series is finished for good.

We can confirm that Driveclub will live on, although it may not be called Driveclub in future. A statement from Driveclub senior community manager Jamie Brayshaw offers this for fans: 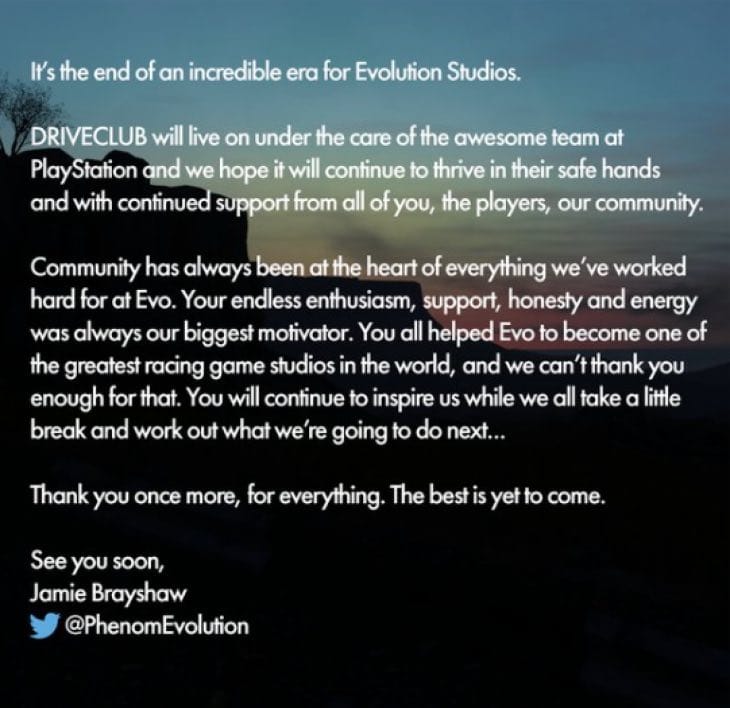 Meanwhile, game director Paul Rustchynsky had a similar statement to make which was also delivered via Twitter: 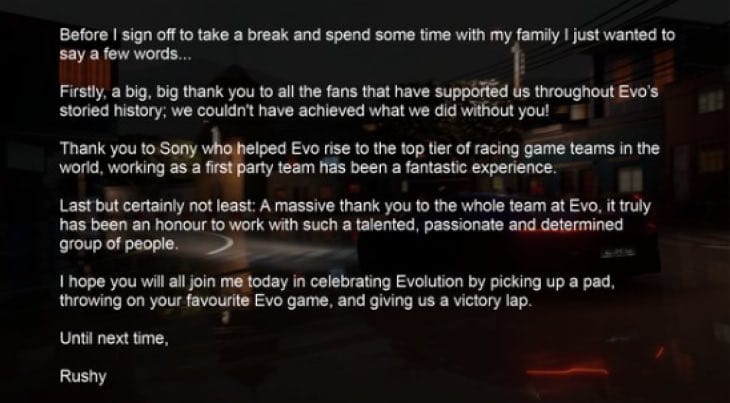 While it’s obviously sad for Evolution Studios staff to lose their jobs, we wanted to provide clarification on what happens to Driveclub moving forward.

As you can see from the first statement, Driveclub ‘will live on’ and will be in the hands of Sony. Whether this means that they have the permission to carry on the Driveclub name meaning Driveclub 2 can still release though, remains to be seen.

Sony could decide to rebrand the series completely, so it will be interesting to see what happens from here.

Driveclub had its well documented problems at launch, but it’s also no secret that many regard it as the best racing game available on PS4 at the moment, hands down.

What is your reaction to the news and what would you like to see happen now that Sony are in control?