For those that have not had the chance to catch up on gaming news this morning, we are happy to remind all PS4 owners that the Driveclub February 2016 update is now live and available to download as of February 11.

As a result, we can now bring you the Driveclub 1.26 PS4 update notes in full which lists all of the changes for you to discuss. This is a rather big update from Evolution, adding the Scotland Old Town track to the game along with a new Hardcore Handling option.

There’s also the exciting Photo mode for Driveclub which was teased prior to the update going live, which will let you choreograph photos and videos with friends in multiplayer private match lobbies. 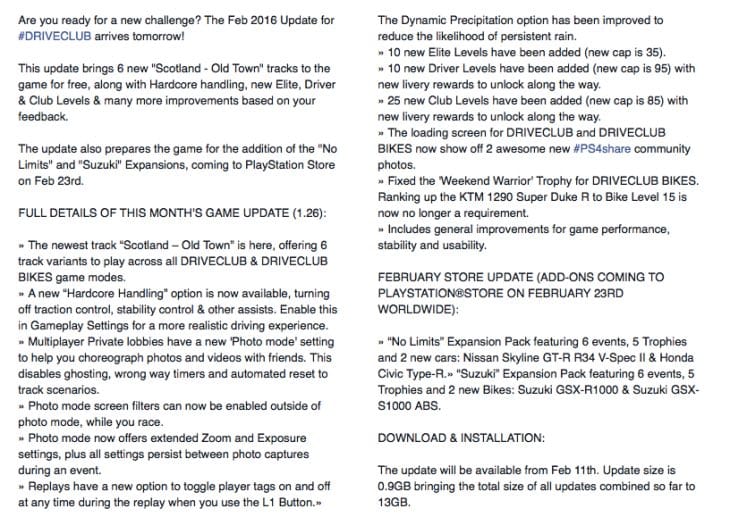 We’ve listed everything above, as these are the official Driveclub 1.26 patch notes which were posted to Facebook. For those interested, the Driveclub update should be around 0.9GB in size, so don’t be alarmed if you see a 13GB install – that’s the total size of all updates combined so far.

If you have been playing the new Driveclub update today already, leave your experiences so far in the comments section below and let us know what you think.