The Driveclub 1.17 update went live over the first weekend in June 2015, as seen within the PS4 screenshot below. The notes reveal a much smaller patch than the games previous download, and this update basically makes some minor bug fixes and improvements to the core game.

It also paves the way for the Driveclub 1.18 update to release with the PS Plus free edition. Originally, gamers might have expected the next update to come with the long-awaited PlayStation Plus edition, as seen on Twitter with some people thinking this free option went live over the weekend.

This never happened, and instead this quick patch corrected a few problems that might have been introduced with the previous patch. 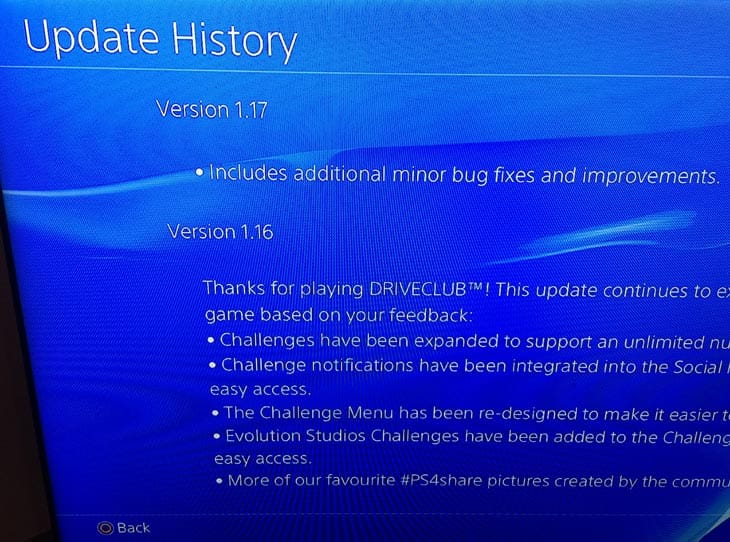 Did your Driveclub PS4 update install without problems and have you seen any other bugs, which could need a fix with 1.18? The moment we finally see the PS Plus edition go live, you can count on an update from Product Reviews along with any issues detailed in patch notes. The longer 1.16 notes can be seen within this article.