The next Driveclub update on PS4 will be version 1.15 and it’s currently unclear if the patch notes will be lengthy, as seen with the 1.14 download. There’s a demand for new Driveclub tracks following many new cars being added, as this seems to be one area gamers feel is lacking. This article was updated and now contains the May 26 update release date, as well as the full Driveclub 1.15 patch notes.

Personally, our favorite update was the inclusion of dynamic weather as seen in the screenshot below, but there’s plenty more desired from gamers and future add-ons will always need a support patch.

What fixes and new features should Driveclub update 1.15 bring? In the previous patch, we saw the Ferrari LaFerrari added to player garages and the free Startline Tour included with 11 events, but what should be next? There’s plenty of new features being asked for on Twitter, so share yours in the comments and also detail glitches, bugs, and other problems needing a fix with the Driveclub 1.15 update. 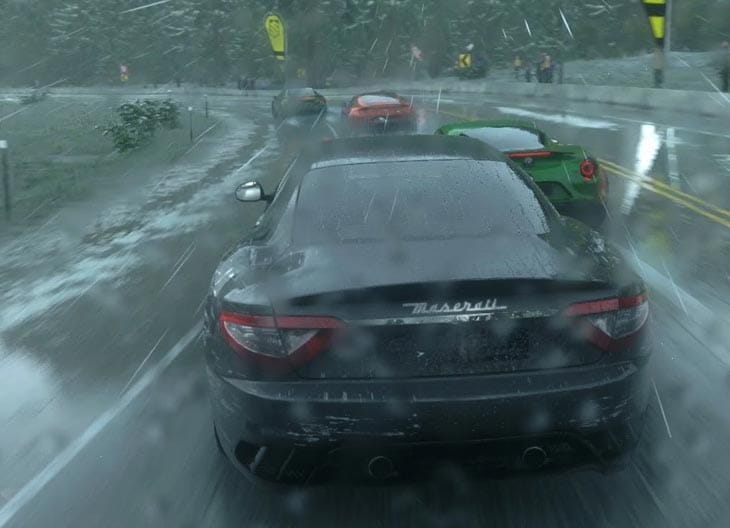 The graphics and sound are amazing with cars being added on a regular basis, but Product Reviews readers have been demanding more tracks. This isn’t just a few gamers, but a large number of the fanbase are asking for “a lot” more tracks like Laguna Seca and Le Mans.

While we agree with the need for new tracks, it’s also good to see the new cars continually releasing with many more needed like the Jaguar Xj220 and a Nissan GTR. What new Driveclub tracks and cars do you want to see with a future update? 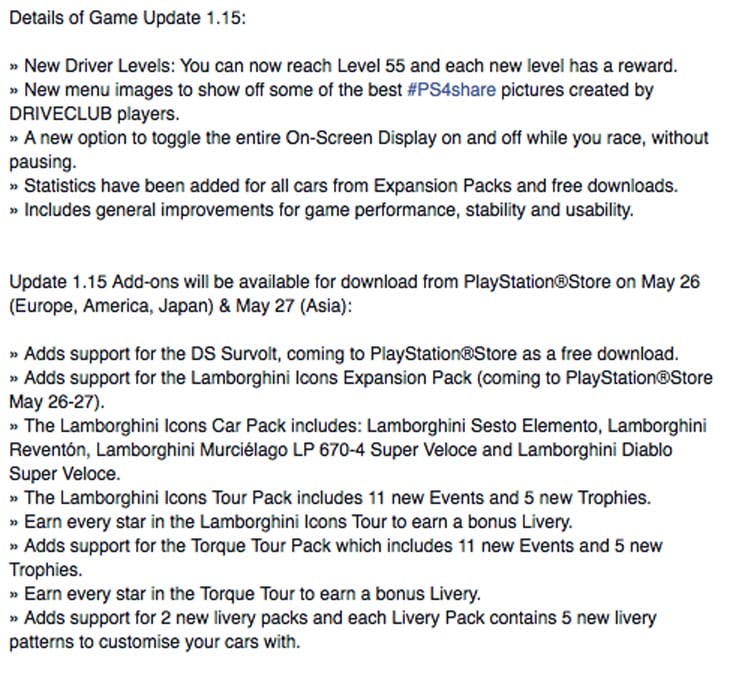 May 26 is the Driveclub 1.15 update release date – we have seen a Facebook posting on the official page, which details not only the download date for the next PS4 patch, but also the notes as well. You can see the Driveclub 1.15 patch notes above.