We first received confirmation of a Dreamcast Collection back in December last year, when Alan Pritchard — Sega’s vice president of sales and marketing — revealed that it was on its way. Although at that time, we didn’t know exactly when it was due to arrive and what platforms it would be launched on.

That’s now changed however, as Sega has now announced a release date and details for the upcoming collection. According to Rashid Sayed over at gamingbolt.com, the Dreamcast Collection will be available for the PC and Xbox 360 and is due to be released on February 22nd in North America. 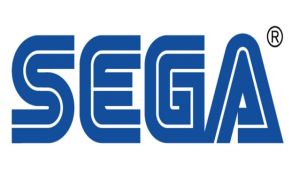 It will then release in European stores on February 25th. The Dreamcast Collection will include the following titles: Space Channel 5: Part 2, SEGA Bass Fishing, Crazy Taxi and Sonic Adventure. As Tom Pakinkis at CVG reports, each title comes with enhanced graphics, achievements and leaderboards.

Besides announcing a release date and details for the Upcoming Dreamcast Collection, Sega has also revealed a few screenshots. These can be seen over on the gamershell.com website. Are you happy with the titles that have been included in the compilation?