One new PS4 game launching this week is Dragon Quest Heroes, a spin-off from the successful Dragon Quest series which is being developed by the team that brought us Dynasty Warriors and Hyrule Warriors.

The sad thing is that the Dragon Quest Heroes PS4 release date is still unknown, despite the fact that the game is coming out in Hong Kong, Japan and Taiwan this week and will be published by Square-Enix.

If you are a fan of other light-hearted RPG titles such as Kingdom Hearts, the chances are you are going to love Dragon Quest Heroes as well.

To build up anticipation for the launch on Thursday Feb 26, we have two gameplay videos for you to check out. They essentially offer an exact look at Dragon Quest Heroes PS4 Vs PS3 – comparing the graphics with each version to show you the differences in quality. 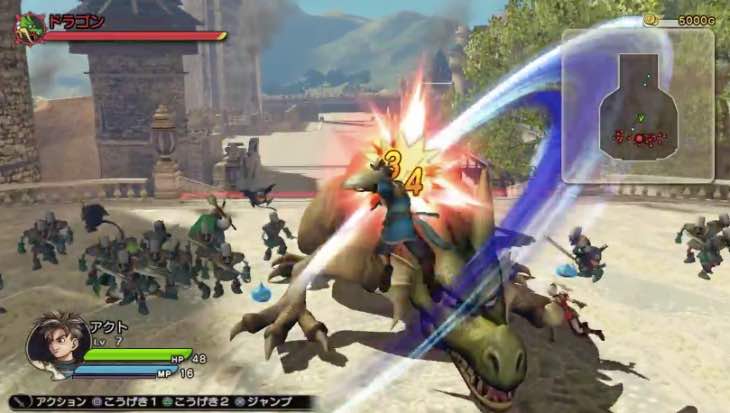 The feedback from Heroes has been very positive so far, with most expressing their disappointment that there hasn’t been a release date for the West yet.

Hopefully this game performs well at launch and Square-Enix will step up their efforts to bring it to the US and Europe.

Is this a game you would buy day one without any issues? Check out the comparison footage below and let us know what you think.