The Dragon Ball Xenoverse DLC pack 3 release date has finally been confirmed for both the UK and United States. Following a Japan launch, Bandai Namco revealed on Twitter that the next add-on for Dragon Ball Xenoverse will arrive in Europe on Tuesday next week, as well as DLC 3 hitting the US at the same time.

We have included the said tweet below, which only arrived on the official Bandai Namco US account within the last 24 hours. It named June 9th, 2015, as the day Xenoverse players can unleash their “inner Super Saiyan” with DLC Pack 3. Product Reviews has a number of Anime and DBZ fans, so if this includes you then let us know if you will be downloading next week. 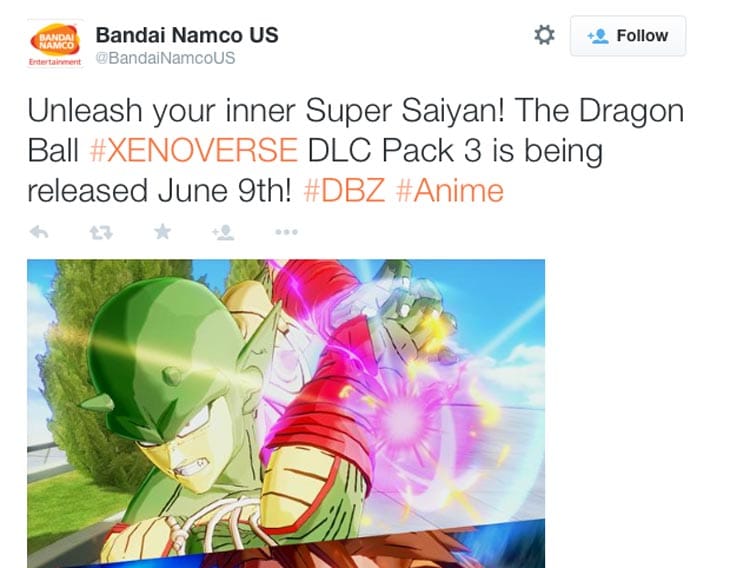 What would you like to see included with the next Dragon Ball Xenoverse update on PS3, PS4, Xbox and PC? We have already heard requests for more hair choices, more characters, and questions in regard to the tournament opening up. Leave your wish list below and follow our social channels for any patch notes, or features for future content.