This quest could be the most obscure aspect in the entire game, as we’re willing to bet 99% of all players will not know how to start ‘The Tiniest Quest’ in Dragon Age Inquisition on an average play through.

To do it, you have to jump on a specific rock 50 times. This rock is located near a river in the Emerald Graves – the location you can see from the image below, which also shows the quest triggering. 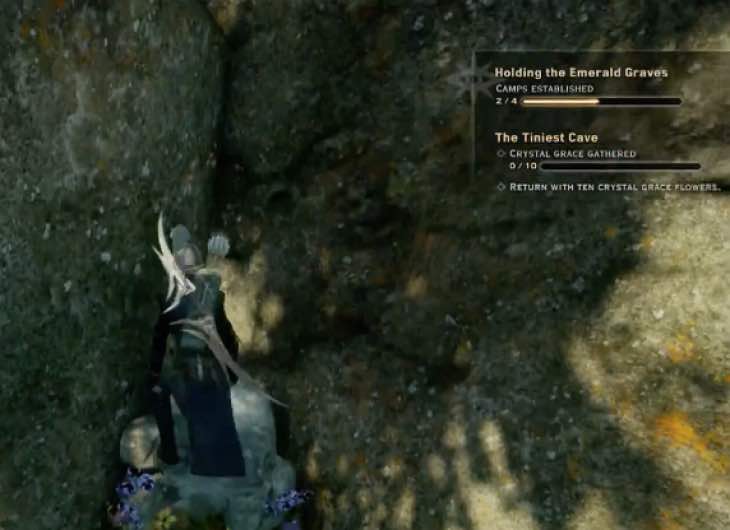 After you have activated this quest, you’ll be given the task of finding 10 Crystal Grace flowers. These can be found in the Hinterlands, although you’ll need to spend some time since they don’t appear everywhere.

Once you have finally done it, you’ll complete the quest and you’ll get an instant boost to your overall Influence. But wait, there’s more! 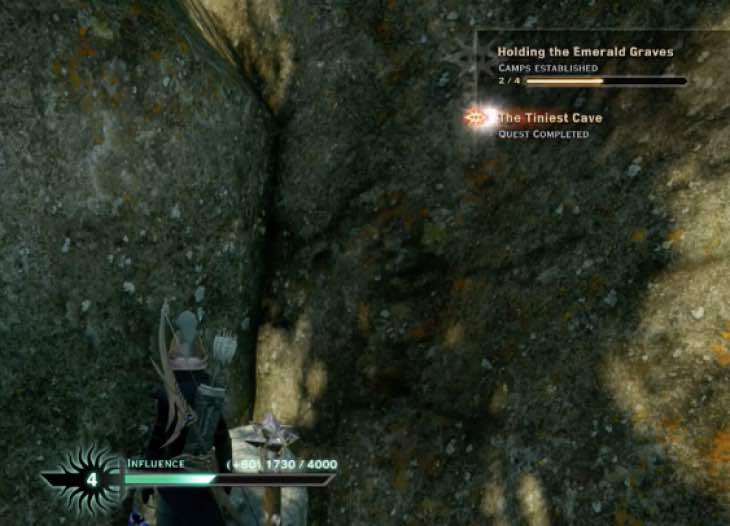 You’ll see that this secret chest contains 221 gold and the ultra rare unique helmet Ardent’s Blossom. Stats of this helmet include an armor rating of 39-41 but more importantly, +24% bleed on being hit which is rather good.

The Ardent Blossom also looks good visually, as you’ll see from the image below which shows Dorian hearing the helmet. Let us know if you find the Ardent Blossom location in Dragon Age Inquisition and if the information helped you out.

It does make you wonder, what other crazy secrets are hidden in this game. I mean, who would jump on a rock 50 times?!