We now have the information that Dragon Age Inquisition players on PS4 have been waiting to hear. Last week, developers Bioware surprised everyone by launching the first piece of single-player DLC exclusively on Xbox One.

Now though, we finally have official confirmation on how long it will take for the same content to arrive on other platforms.

A Tweet sent out hours ago by the Dragon Age page reveals that the Dragon Age Inquisition Jaws of Hakkon DLC release date for PS4 will be coming sometime in May. 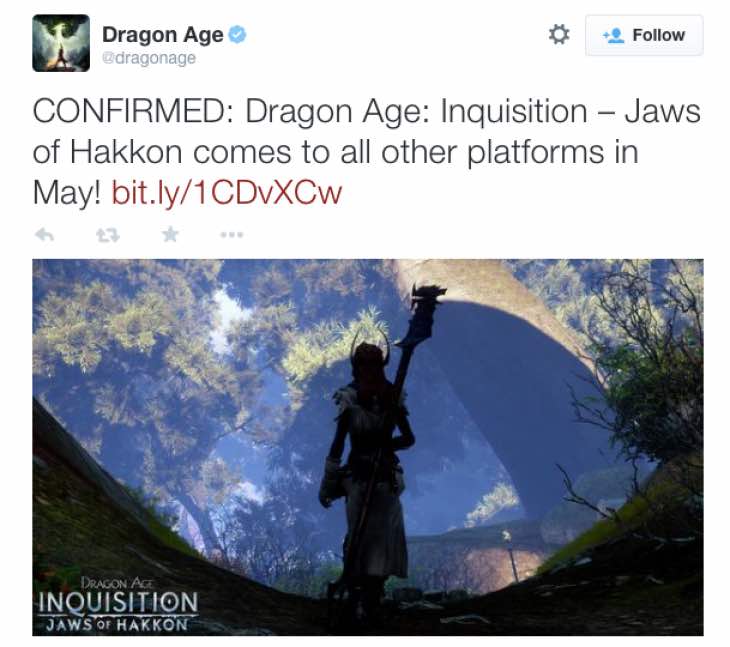 There’s no exact date yet sadly, but at least now you have a heads-up that you’ll need to wait at least another month to play the content.

The same also applies to PS3 and Xbox 360 members too, while the price will be $15 for the full experience. Jaws of Hakkon will contain many new quests, allies and weapons to obtain and it looks like a great first DLC for Bioware with many players happy with the content.

Let us know your thoughts on the fact that the content is due out in May – will you still be buying it without hesitation? This is the Game of the Year we’re talking about after all.