Earlier on we told you about the surprise DLC announcement from Bioware, revealing that single-player content called Jaws of Hakkon is coming to Dragon Age Inquisition players on Xbox One and PC this week.

It is the first piece of single-player content for the award-winning game that we have seen since launch and it’s going to be a timed-exclusive on those platforms – meaning that PS4 users have to wait.

The big surprise though is that Bioware has confirmed that it will be available to download on Tuesday, so now gamers are currently searching for the Dragon Age Inquisition Jaws of Hakkon release time on Xbox One and PC. 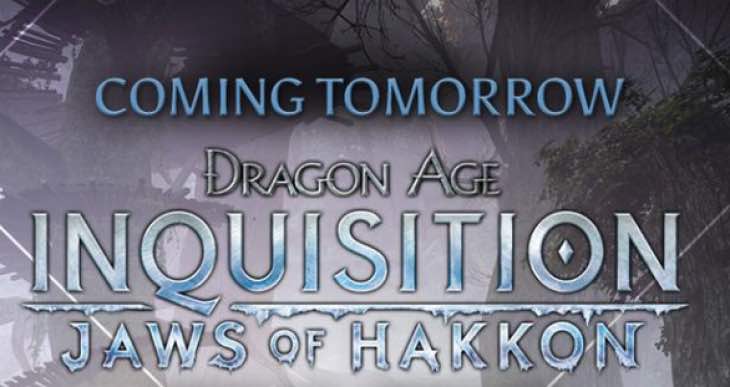 The problem is, Bioware is purposefully staying silent on the content. They haven’t even said what it contains, when it will be out or even how much it costs – so there’s a lot of speculation floating around at the moment.

There was also some initial confusion that only the trailer would be out on Tuesday, but we’ve since had confirmation that the actual DLC will launch on Tuesday as well.

We’ll update this as soon as we gather more intel, but for now give us your reaction to the first single-player DLC for DAI and leave your comments below as soon as you see the update go live in your region.