Dragon Age: Inquisition has teased some new images which show returning characters Cassandra and Varric. The upcoming RPG which will arrive towards the 3rd quarter of 2014 has now shown off some armor designs which look excellent.

The screenshots first appeared on the Tumblr blog of lead writer of BioWare, David Gaider. The current in game models of Varric and Cassandra wearing their outfits have been revealed as you can see below.

These are still subject to change however as Gaider noted in his post that he was “totally side-eyeing” Varric’s hair color and said that we will have to see if it remains. 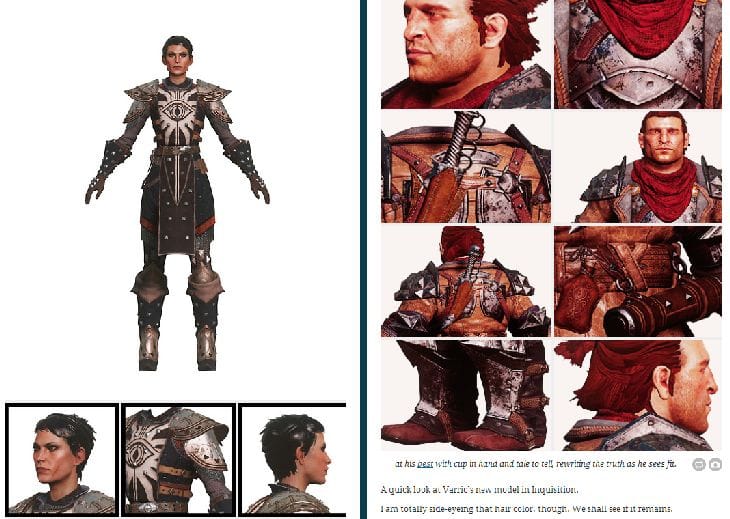 We can see that a lot of detail has gone into the design effort on these shots, luckily Dragon Age: Inquisition is coming to the PS4 and Xbox One as well as the current gen consoles, so graphically the game should be done justice.

Last month we got a sneak peak at some gorgeous landscape art which featured three different locations that the game will explore. Are you looking forward to the release of Dragon Age: Inquisition later this year, what platform will you be playing on?