Fans who are waiting for Dragon Age: Inquisition will be excited to know that some new concept art from the game has been released. These gorgeous looking landscapes are featured, showing off various locations that will be visited during your adventure.

Game developer BioWare has slowly been feeding us content over Christmas and just a little bit of new stuff now. The latest image shows the submerged Elvish city of Arlathan. These new images were each accompanied with a caption, IGN has revealed the words on the art:

“Here lies the abyss, the well of all souls. From these emerald waters doth life begin anew. And thus was mighty Arlathan cast down, its people swallowed by darkness — never to rise again.”.”

The concept art should give some insight into what can be expected from Dragon Age: Inquisition when it is released towards the back end of the year. The diversity of environments looks great, with the next generation consoles surely giving the game justice in a graphical sense. 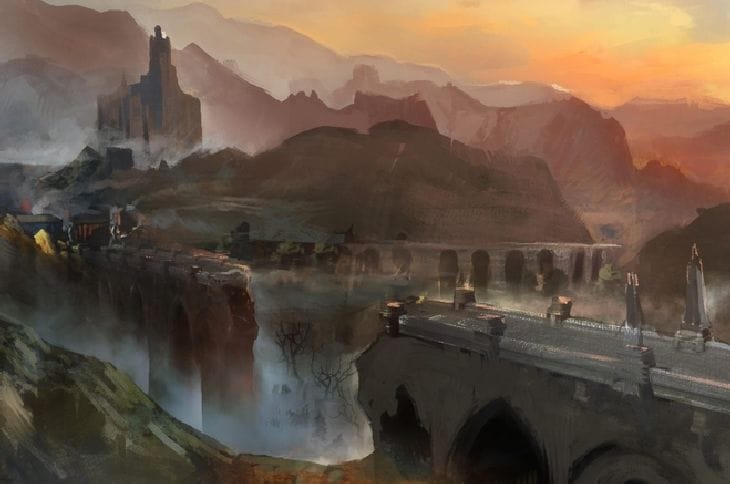 “And their bones shall spread across the land, the remains of an empire lost to folly.” 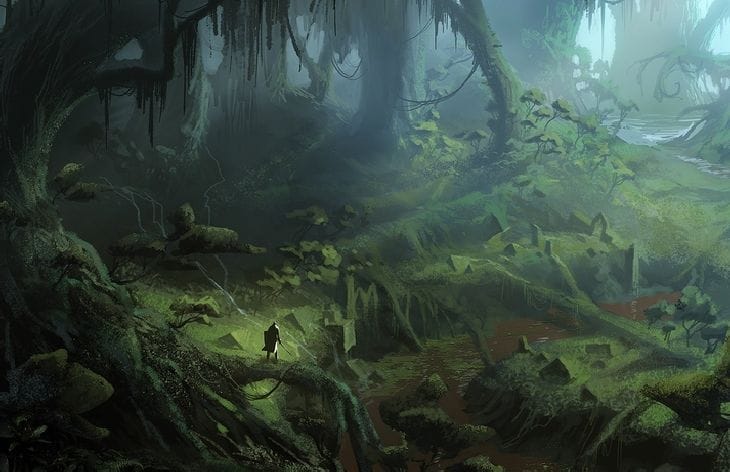 “In places untouched by the feet of Man, in shadows unspoiled by the fire of Right.”

It is possible that these quotes are foreshadowing elements of the game, albeit in a cryptic manner. What do you think of these fantastic new concept images, have they got you more excited for Dragon Age: Inquisition? Share your thoughts on them with us in the comments and tell us what elements of the game you are looking forward to most.