Just like Patch 4 though, Bioware is targeting PC users first. This patch is also going to be rolled out in a different format, with Bioware announcing a ‘beta program’ for select PC users who will be able to test out the new update ahead of schedule.

As you may have guessed, the next update is going to be sizeable in content, with Bioware adding something known as the ‘Black Emporium’ – A “mysterious underground shop run by an immortal proprietor”, who will sell rare goods and weapons.

More importantly though, we have a confirmation from Bioware that at last, Dragon Age Inquisition item storage in single player is coming. 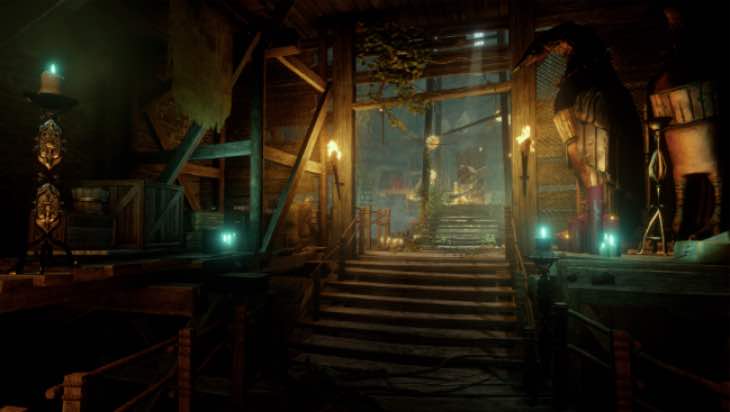 Bioware hasn’t gone into specifics on this yet, but we do know that item storage will be handled inside the Skyhold undercroft and will allow you to place those valuable monuments inside storage for safe keeping – freeing up that limited inventory count.

Head over to Bioware’s blog for further details – we’ll let you know when the update is ready to roll out, but it looks like it will be a while yet until console owners get it.

We don’t see anything mentioned on multiplayer either, which would be disappointing if true – hopefully we’ll get the full patch notes soon for you.