We have been playing through Dragon Age Inquisition multiplayer and if there was one glaring observation to make other than the fact that it’s a great game – it does need new multiplayer locations.

At the moment, players only have the choice to play through three locations in the game which may get a little repetitive over time. Bioware recently added the free Destruction update for Dragon Age Inquisition, which added more routes for existing updates – but we hope that new locations altogether are coming next.

Fortunately, Bioware can simply draw inspiration from the single-player campaign and convert some more locations over so that they are multiplayer friendly. 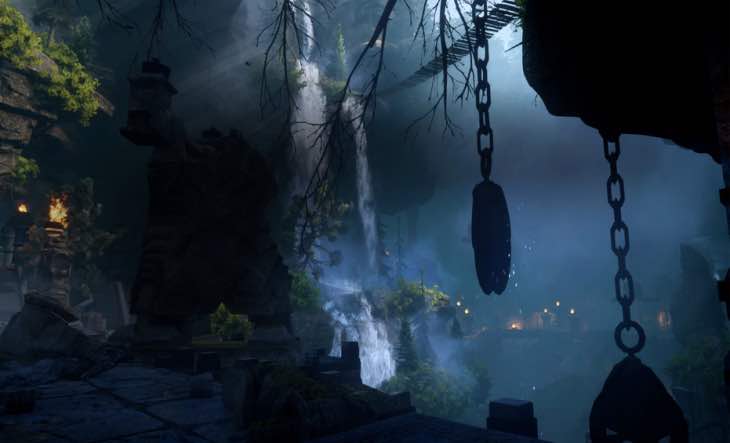 Right now, we have the Tevinter Ruins, Elven Ruins and the Orlesian Chateau. However, next we would like to see some new Dragon Age Inquisition multiplayer locations with The Fallow Mire and Valammar as potential suggestions.

A desert area such as the Forgotten Oasis would be cool, as would the Emprise Du Lion – but these may be a bit harder for Bioware to design given that they are based off open-world areas in the campaign.

We still think that some of the areas can be converted over and hopefully Bioware are working on some new locations as we speak.

If you are playing through the addictive multiplayer mode at the moment, tell us if you agree that new locations are needed and what you would hope to see next.