How are you getting on with Dragon Age Inquisition multiplayer so far? We imagine that most of you are now beginning to switch over to online play after putting hundreds of hours into the epic campaign.

Bioware has come up with an excellent multiplayer system that will keep you coming back for more as you look to pick up as much loot as possible, salvage items for materials and unlock new Dragon Age Inquisition characters in the process.

One big problem that we have noticed though probably needs some attention from Bioware. We’re not sure how big this issue is, but we ourselves can see that it is potentially ‘gaming breaking’ if not death with.

It’s to do with Dragon Age Inquisition multiplayer key drop problems, as we have noticed in game that the key doesn’t always drop and you are stuck in the map doing absolutely nothing. 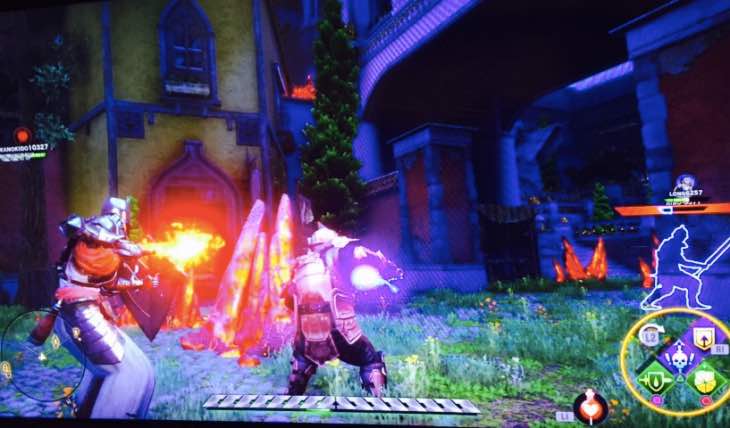 In our own experience, we actually saw a Red Templar spawn in an area of the map which was inaccessible to players – thus preventing the team from getting the key to progress to the next area.

You can see what we are talking about in the image above – the red templar is clearly out of reach for most players. Our only saving grace was that a mage was in the team, otherwise we would have had to disconnect and lose all of our coins – and items drops which are rare!

We can see that other players have spoken about this issue too on EA forums, so it looks like it is a known bug which Bioware are hopefully addressing as we speak.

Have you noticed any problems yourself with Dragon Age Inquisition multiplayer keys not dropping?