Dragon Age: Inquisition was released in the U.S. on the 18th of this month, and is now available in the UK and the rest of the EU today, and so if you did not pre-order a copy you can get them in-store right now. There are many stores that will be selling the game, although Asda, GAME and Tesco are three of the most popular.

More often than not it is GAME UK that sells titles like these for more money, although they do have the added benefit of having exclusive editions. Before you make the wrong choice we will now look at how the Dragon Age: Inquisition prices compare from store to store.

Asda wants £39 for the PS3 and Xbox 360 versions and £44 for the game on the PS4 and Xbox One. There is also the possibility of getting the Xbox One with X-men Days Of Future Past Blu-ray Bundle + Dragon Age Inquisition for £349, but only if they are still in stock. 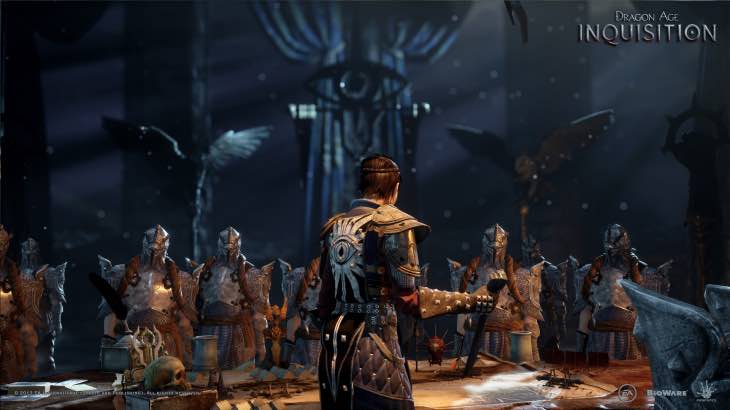 Tesco’s pricing is a little different and they also have the PC version as well. The PlayStation 3 and 360 versions are £40 each, and the new generation versions are £44, while the game on PC is £40, which they say is £4 off the original price.

Finally, we have GAME UK and finding their pricing is a bit tougher because they have various versions. There is the Deluxe Edition, which costs £54.99 for the PS3 and Xbox 360 and £59.99 for the new-gen consoles. There there is the standard version for all consoles and prices for those are £39 for the older generation and £44.99 for the new.

There you have it, now you know the price it is up to you to decide where you will be buying the game from today or over the weekend.