Right off the bat, you are asked to create your character and it is easily more in-depth than create a class in Skyrim was. Bioware has literally gone down to the minute detail when it comes to creating your hero, with parameters such as choosing your outer and inner iris color and deciding whether you want to have a double chin and enlarged Adam’s apple – yes, really.

It really is impressive stuff, although perhaps we would have loved to have seen some more hair styles offered than what you are able to choose by default. 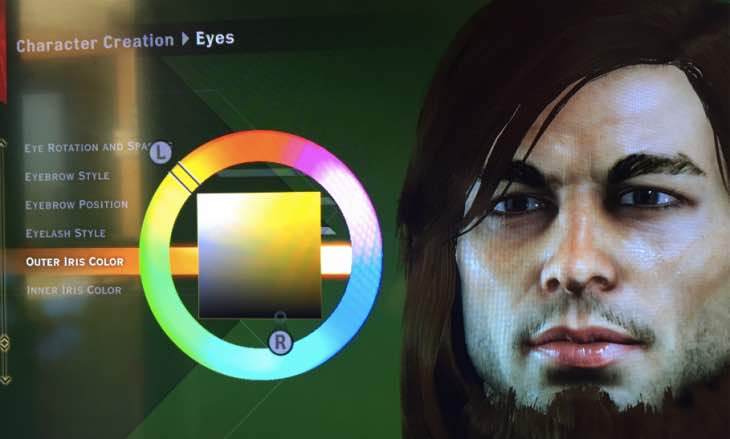 The first time you step out into the open world is again something to behold. We honestly had no idea that this would be a game where graphics would be a strongpoint. Not only does Inquisition look massive in terms of scale, but it looks beautiful as well.

We’ve also noticed some lovely little touches as well from the developers during our first attempt at exploring our surroundings. Instead of running up mountains at an impossible angle which was evident in Skyrim, you’ll see a cool animation in Inquisition which will see your player slide down the snow – a little touch, but one that will be appreciated we feel. 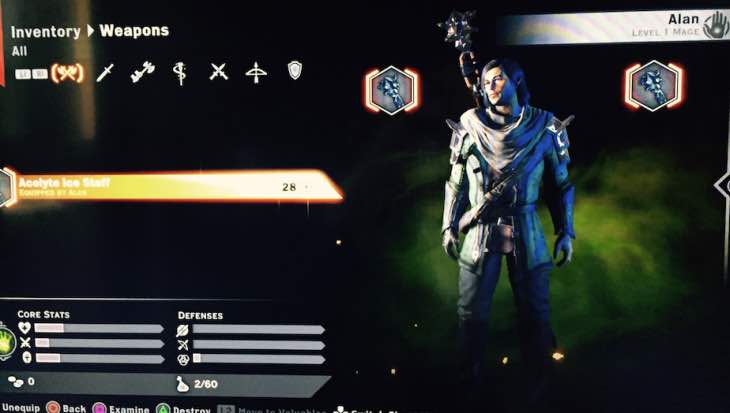 We were almost overwhelmed by the sheer depth of the inventory system as well on first impression. You’ll be able to craft items, pick up herbs around you to create different materials and even compile an expansive dossier on the enemies you encounter with the Codex, available for future reference at any point in the game’s options.

The Dragon Age Inquisition looting system deserves a quick mention as well. Players (on PS4) can press the left trigger in which will emit a sonar-like red wave which can help you detect nearby items.

When you are close, the sonar will make an audible sound. When you have obtained all the items in a given radius, the sonar will stop beeping – it’s a great tool for all the treasure hunters out there.

We can already see that this is a great game for those that like to wander off away from the designated route too. During the first sight of a fork in the road, we were able to pick up some extra gold, some iron rock material and some Elfroot plants hidden away – no doubt they will come in very useful later on in our journey. 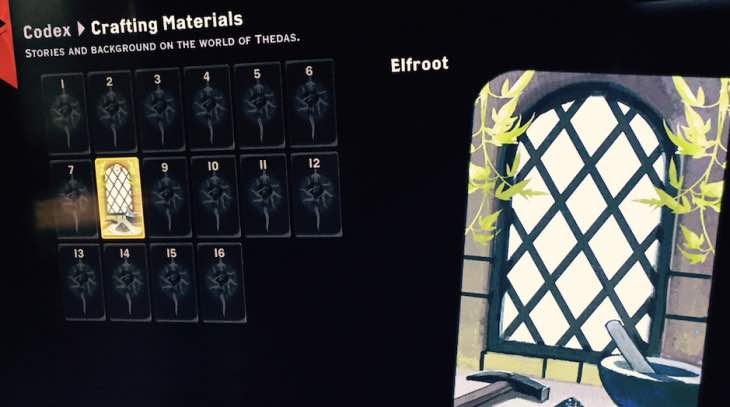 We are literally only just scratching the surface, but it looks like Bioware has a gem on their hands finally for console players.

Let us know your first impressions of Dragon Age Inquisition, especially if you are coming straight off the back of Skyrim.

Are you impressed so far with what you have seen?