Dragon Age II has now been released in Europe and the US, and for those of you who have yet to purchase the game we have some reviews for you as well as some prices.

The game is not a direct sequel to the first installment according to Greg A over at the sixthaxis, instead it tells another story which is set close to the first in both location and time. This game tells the story of Hawke which spans a ten year period from which they work up from being a refugee to become The Champion.

Unlike the first game the graphics in Dragon Age II range from good to really impressive, once you progress into the city section the graphics improve greatly. One problem with the game was the lack of variety with some of the locations.

In this installment the game engine has been vastly improved over the original. The reviewer summed up by saying the game is engaging and well realized fantasy game, and gave it 9 out of 10. 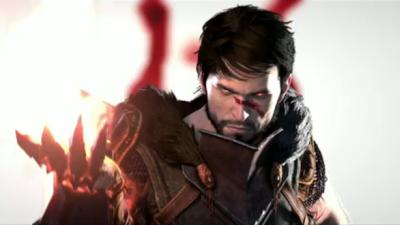 Evan Narcisse over at Techland has also reviewed Dragon Age II and liked the way you can tweak your player’s abilities and equipment. He also liked the combat and squad control which was felt to be a big improvement over Origins. Not normally liking fantasy type games found his opinion changing thanks to Dragon Age II, and gave the game 9.7 out of 10.

CVG have rounded up some prices for UK gamers and are reporting that Amazon and HMV have it on Xbox 360 and PS3 for £38.89. Slightly cheaper is Zavvi who are charging £37.85 for the console version and £27.85 for PC.

Have you played the game yet? Do you know of anywhere where it is cheaper?