We are just days away from Dr Strange coming out for Marvel Futue Fight! We have been keeping you updated with everything that is coming in Future Fight patch 2.6.0 and now we could know the exact date in which Dr Strange will be released for the popular game.

Future Fight update 2.6.0 is shaping up to be a massive one and now it looks like the update may arrive on Tuesday October 25 in the US, early October 26 in Asia and Europe.

Take a look at the poster below which was reportedly taken from New York Comic Con and shared on social media recently. 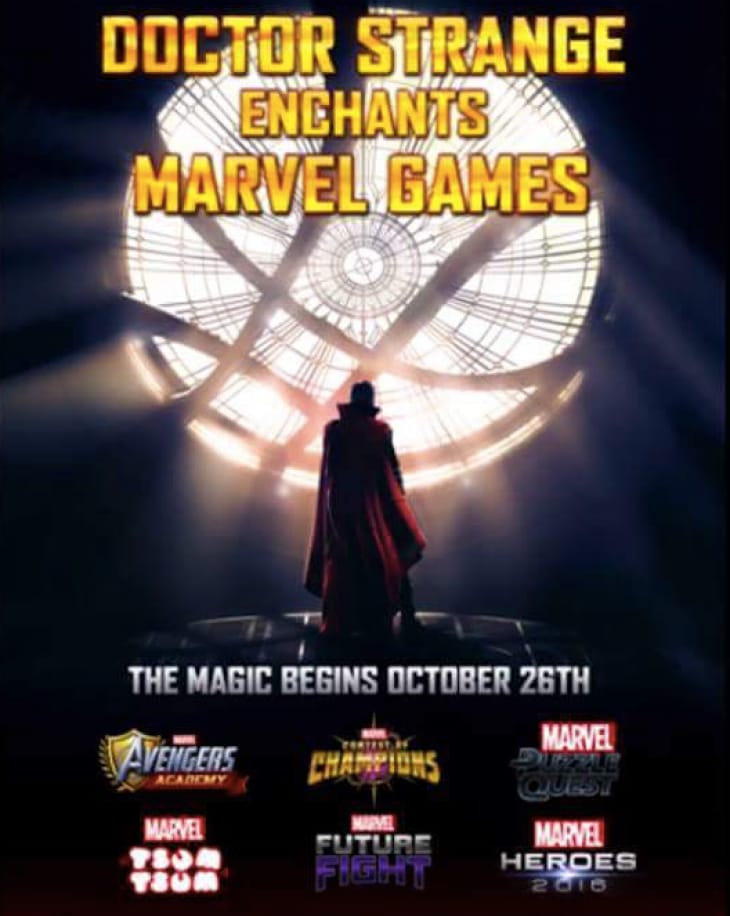 Future Fight is included with the other batch of Marvel Games which will celebrate the Dr Strange movie, with the
text including ‘The magic begins October 26’.

Assuming Future Fight will be updated at the earliest opportunity, then we should expect the 2.6.0 patch notes very soon. This will then be followed by 8 hour maintenance and then by Wednesday morning everyone should be playing on the new version and trying to tackle the new King of the Hill mode!

If anything changes with the release date, we’ll update this and let you know as we always do. Are you excited about the update? Leave a comment below telling us which Dr Strange characters you want to T2 and which uniforms you are going to buy.