Are you hungry for more juicy Marvel Future Fight news? We have some exciting information to bring you now, suggesting that Netmarble are finally ready to release Dr Strange as a playable character in the game.

Cast your minds back to June 2015 when we first wrote about a leak regarding unreleased characters that were found inside game code.

These included the likes of Dr Strange, Sandman and Enchantress. The portrait for Dr Strange was also leaked too which you can see below and followed a similar portrait leak for Red Hulk which turned out to be correct.

The only reason for why Dr Strange has not been released yet from what we can see, is that Marvel Entertainment has told Netmarble to launch the character to coincide with the release of the Dr Strange movie, due out November 4 2016. 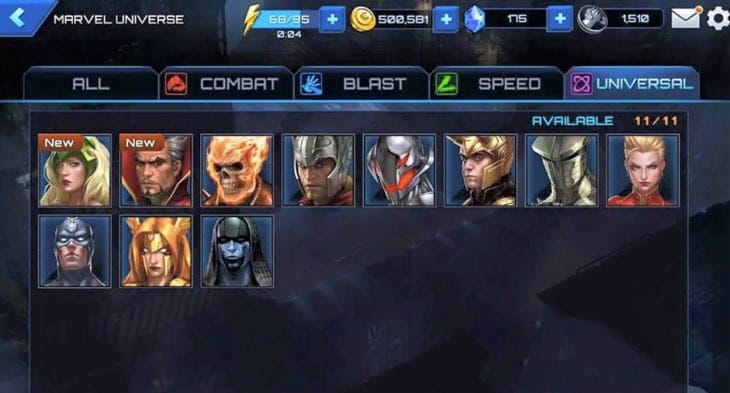 Given that Future Fight is now placing a big emphasis on MCU content and keeping it all connected between movie and game tells us that November should be the moment when he is finally out.

Now for the exciting part. Take a look at the new trailer below which features another of Netmarble’s amazing Future Fight cinematic cutscenes – uploaded to the official Korean Facebook group for Future Fight.

The big tease is at the end of the trailer which clearly shows Dr Strange in all his glory. We took a screenshot to show you his model up close if you need a better look.

There could also be a chance of new Spider-Man and Captain America uniforms based on this new video, but Dr Strange is the big one here.

What is your reaction to this – do you also think Dr Strange is being saved for the movie, or will he be launched this Summer?

What class should Dr Strange be?