Those of you who still take pride in watching Blu-Ray movies on your standalone Blu-Ray player in the living room have an extra special treat this Valentine’s Day with the release of Marvel’s Dr Strange on Blu-Ray.

It is coming on February 14 on the day of love and now to give you a taste of what to expect we’ve rounded up all Marvel’s Dr Strange deleted scenes that have already been previewed online.

The one being talked about the most right now is the Dr Strange deleted scene where the Sorcerer Supreme heals a dog, in what could have been in the movie before he meets the Ancient One – check it out below thanks to USAToday.

5 words for you: Benedict Cumberbatch helps a dog. Do you need more reasons to watch this exclusive deleted #DoctorStrange scene? pic.twitter.com/w1G13OrYL4

Another scene with Strange that didn’t make it is where he meets Daniel Drumm, also known as Doctor Voodoo from the comics.

Next up we have another deleted scene where Kaecilius kills a priest which you may argue should have been in the movie too. 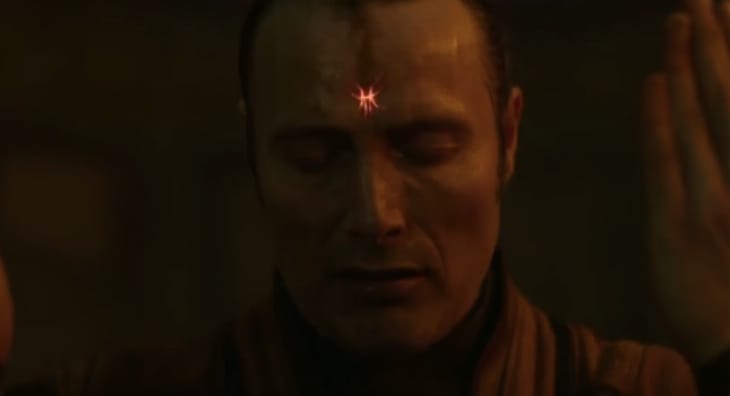 Finally, Kaecilius is back again this time with his army of followers trying to summon Dormammu which could have offered a little more backstory to the Dormammu scene if it was added.

Then again, without these scenes the Blu-Ray purchase wouldn’t have that added incentive so enjoy them and let us know what you think.